Where does the band name come from? How about your latest album title, Pockets Filled With Rocks?

I wish I had a better story for the name, but honestly it just happened to be one we all settled on. Keeping in mind this was over ten years ago when we chose the name. We liked the word silver being in the name and I guess we thought wolf gave a sense of place. There are lots of wolves in Labrador and we always knew we’d like to maintain that connection, so my guess would be that that’s why we settled on the name. That being said, if we had our time back we’d probably choose differently. Our name has always been kind of clumsy and folks either call us Silver Fox Band, or Silver Wolf – leaving out the Band part of the name. So, yeah, a name change is never off the table completely with us! Haha

The name of our album however is a little more meaningful. We first released an EP, a shorter album, back in 2010, called Jam the Blues and one of the songs off that album was called Throwing Rocks at a Falling Star and it’s about doing everything you can to reach your goals. It pays homage to our parents with the lyrics in the chorus saying I’ll take more away from you than I’ll give you credit but in return for it I’ll pick up every rock until I hit it. I like to think that as we go through life we pick up rocks, figuratively speaking, of course, and that each rock is like a tool, a weapon, shroud of wisdom, or a weight that keeps you grounded, however you want to look at it, and at this point in our lives as a band and as people, we have more rocks in our pockets having lived life a little more. We’re mostly in our thirties now. EARLY THIRTIES.

This album came out after the band had been on about a five-year hiatus. A lot happened to each of us in those five years so we wanted the album name to be meaningful and to explain a little bit more about our new perspectives. In that five-year timeframe we had gone through a lot individually, including marriage, children, all that good stuff, and some not so good stuff, but all things that gave us a bit more seasoning as human beings, you know.

Can you tell us a little of the band’s recoding history – you actually released your first EP, Jam the Blues, in PEI, is that right?

Sure. I was living in Prince Edward Island back in 2010 when we recorded Jam the Blues. I was finishing up my degree at the University of Prince Edward Island and in my final year. Matthew and Justin decided they’d move to Charlottetown to be closer to me so that we could continue playing music together. In that time we recorded a 7-song EP and went on to play around the Maritimes a bit and we had a lot of fun then. Jam the Blues was actually nominated for a Music PEI award in 2011 for Pop Recording of the Year. We were quite thrilled with that. We lost out to Molly Rankin, who went on to front the indie pop band Alvvays – which happens to be one of my favourite bands. That was pretty cool.

What’s the band’s song writing process? Do you compose individually, or collectively, or both? Is one band member more responsible for melody, and another for lyrics?

I’m the main songwriter and lyricist for the band but you’ll notice all of our songs are credited equally. I come up with the skeleton, then Justin and Matthew really flesh them out to the point where they’re interesting musically. They offer suggestions regarding harmonies, structure, and dynamics that you don’t usually consider as a songwriter. Especially in my case where my main concern is getting the lyrics to work nicely, I tend to neglect the music and sometimes my chord progression can become monotonous or uninteresting – that’s where the boys come in. They’re very good at that part. I’m astonished sometimes when they don’t know the words. How can you like a song you don’t know the words to? I don’t understand it, but I’m glad they’re as into making the instrumentation and music good as much as I’m into the getting the words right. It works for us. All that is to say I think the songs are born by me but we raise them together. They’re all Silver Wolf Band songs and we’re responsible for them as a band.

What are the challenges, and the benefits of performing as a contemporary folk rock band in Happy Valley-Goose Bay?

I think a huge benefit to playing in Labrador is that we get to live here first and foremost. When we were younger we thought that the challenge of not being able to make a living at music would be the biggest problem with Labrador and not unlike most rural and remote places, there was an urge to leave. However, that perceived challenge has allowed us to have a great balance of lifestyle. We are still playing regularly, writing music, and recording albums, on top of getting to travel to perform at different festivals and conferences all over the province and beyond. At the same time we have families we get to enjoy and we are quite happy with that too.

We could’ve moved away to play music fulltime and nobody would’ve blamed us and I can’t speak for the other guys in the band, but I don’t think life would be as fulfilling. I think we’re quite happy playing in Labrador with the opportunities it has presented us with. The challenges, too, have forced us to focus on what is important – that being able to play music while still being able to enjoy being good fathers to our children.

Is there a main theme, or focus, to your music?

The music we write these days tends focus a lot on the people and places of Labrador. But of course it’s evolving all the time, too. The two albums we have now are quite different in subject matter. Our second album reflects a maturity in song writing, I think, both practically and in terms of subject matter. The second album, Pockets filled with Rocks, includes songs like North Atlantic April written with our kids in mind and songs like Trap Cove Lullaby and Butter and Snow, which are both tunes about old homesteads where nobody lives anymore, but are still considered home for a lot of families.  Our next album, which will be coming out in April 2020, will be a further evolution for sure. We’ll actually take some traditional Labrador songs and give them a more contemporary feel, including Andy Vine’s Woman of Labrador, about the great Elizabeth Goudie. These are great songs and we have a lot of respect for the individuals who wrote them and for their families, so we knew that in order to cover them we have to make them our own in order to do them any justice. We’re very excited about recording our next album and although it means we’ll probably slow down on how much we play over the fall and winter, it means we’ll be busy again promoting it next spring and summer. 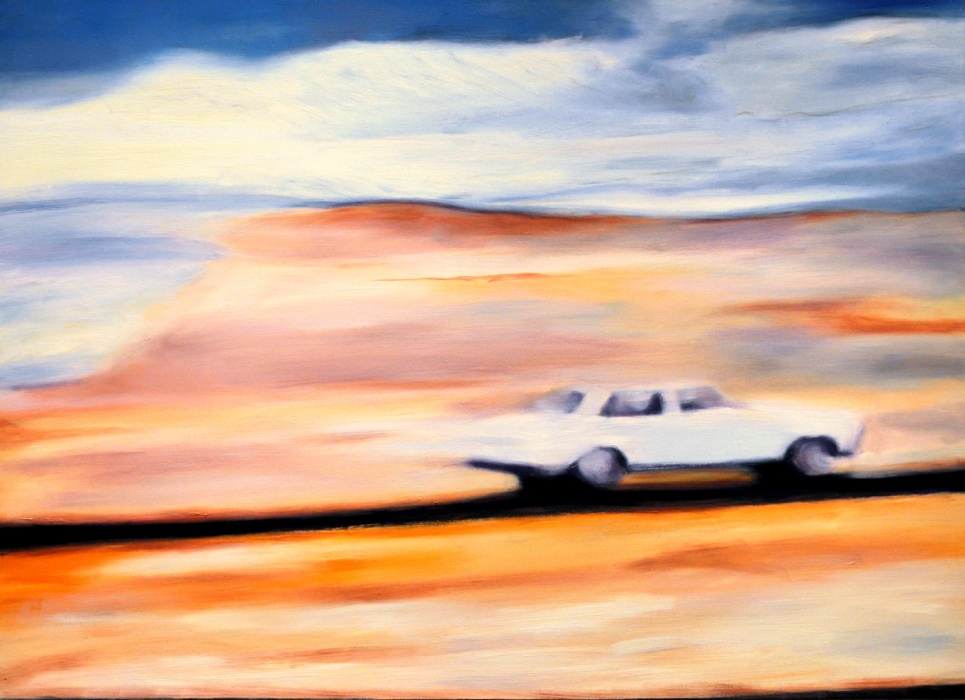 A woman stands at a gas pump outside Circle K, fueling her black hatchback. I am drawn to her pink zip-up jacket, a bright fashion statement against the dreariness of… 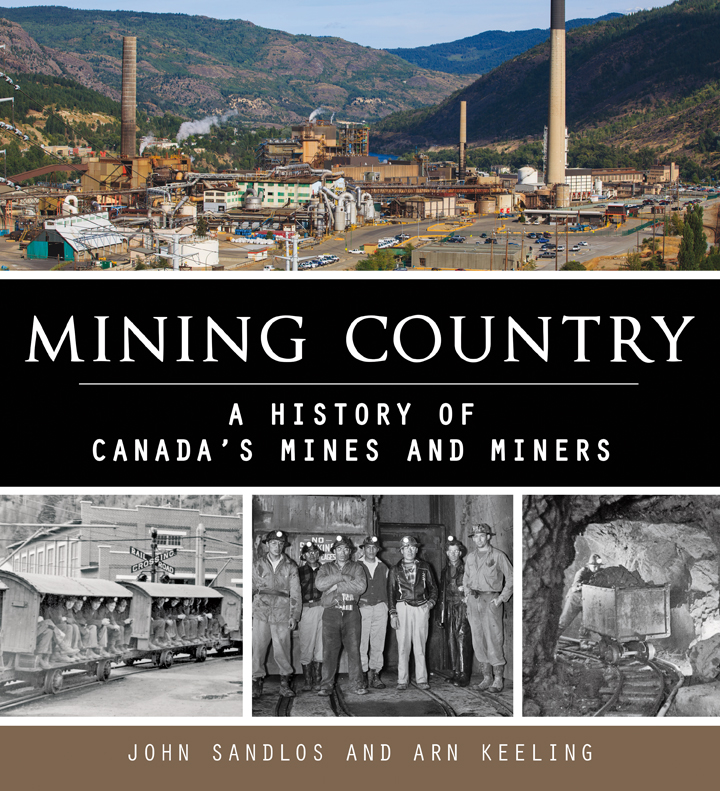 What in your backgrounds and interests brought you to collaborate on this book? What were your goals embarking on this project?  When we arrived at Memorial in 2006, we had… 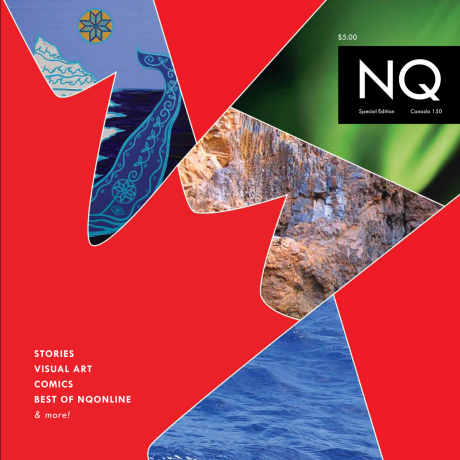