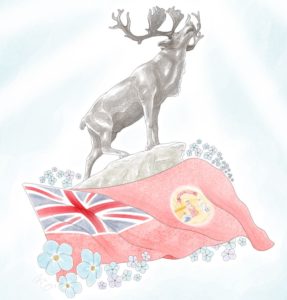 “Up front, I should say that I am a pacifist and that has always coloured the way I’ve marked July 1st. Nationalism is strongly equated with militarism and I’ve steered clear of any association with such dogma. Growing up in St Jacques, I can’t recall that there was much of a celebration of July 1st as Canada Day, it was just a summer day. But when I lived in Ontario in the late 1980s, it was a fireworks holiday, a reason to have a picnic. Upon moving back to St John’s in the early 1990s, however, there was more acknowledgment of it as Memorial Day and that changed the way I viewed July 1st. As I learned more about the history of Beaumont Hamel – I was in my late 20s before I knew about its historical significance for Newfoundlanders. When I began performing in Kevin Major’s play No Man’s Land at Rising Tide Theatre in Trinity starting around 2000, its significance changed entirely for me. For most of the last two decades, I’ve been wearing a Forget-Me-Not on July 1st and paying tribute to those who sacrificed their lives for our freedom. The way they were treated like pawns in that battle bothers me deeply, especially since the loss of those incredible people had repercussions that would affect Newfoundland for decades to come. In a small place like this, losing so many of the ‘best and brightest’ had a tremendous impact on the course of NL history. I often wonder, where would we be today if those incredible Newfoundlanders had not been lost to war?” – Ruth Lawrence, actor, director, filmmaker

“For as long as I can remember July 1st has and will always be known as Memorial Day, which marks the anniversary of the Battle of Beaumont-Hamel. In our household (which included five brothers) we were taught how important this day was, especially by our father, who served in The Black Watch (Royal Highland Regiment) of Canada. Of how most of these young boys and men were much like us. From working class families. ‘What if’ questions were not unheard of on Memorial Day. You could definitely feel the day, its sadness, but you could also feel of its anger at how and why so many brothers and sons ultimately did not come home. – Rodney Mercer, visual artist (Mercer’s work is featured in NQ’s summer issue, and can be seen at Red Ochre Gallery in St John’s)

“When I listen to the world news every day I think about Canada. I think about how fortunate we are as Canadians. Canada Day, to me, is a yearly reminder about what can be achieved when great women and men have a vision of what is possible in a society and in life. In this hard and complicated world we should celebrate Canada Day a little bit every single day.” – Jim Miller, visual artist (Miller’s painting Story is on NQ’s summer issue, and he is represented by Christina Parker Gallery in St John’s)

“July 1st has always been melancholic for me.  It’s Newfoundland’s national day of mistakes.” – Edward Riche, author, screenwriter, and playwright; Riche’s newest book, Bag of Hammers, has just been released by Breakwater Books

“July 1st is predominantly for me my little sister’s birthday. She was born and fireworks went off! I was always aware of Newfoundland’s reason for observing July 1st in remembrance of our lost generation at the Battle of the Somme but it didn’t have an impact on me until I was doing Kevin Majors play No Man’s Land with Rising Tide and my mother told me that my great grandfather Edward Lahey survived but my great uncle Robert Joseph Lahey was killed at Beaumont Hamel. Suddenly it was personal and I emotionally felt the loss that I had known intellectually. Funny how you can have feeling for people you didn’t ever know. I can’t imagine the gutting sadness of Newfoundlanders at that time. And for years after.” – Sue Kent, actor, writer, and cast member of This Hour Has 22 Minutes 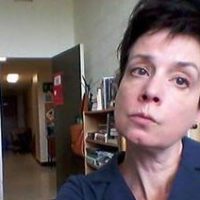 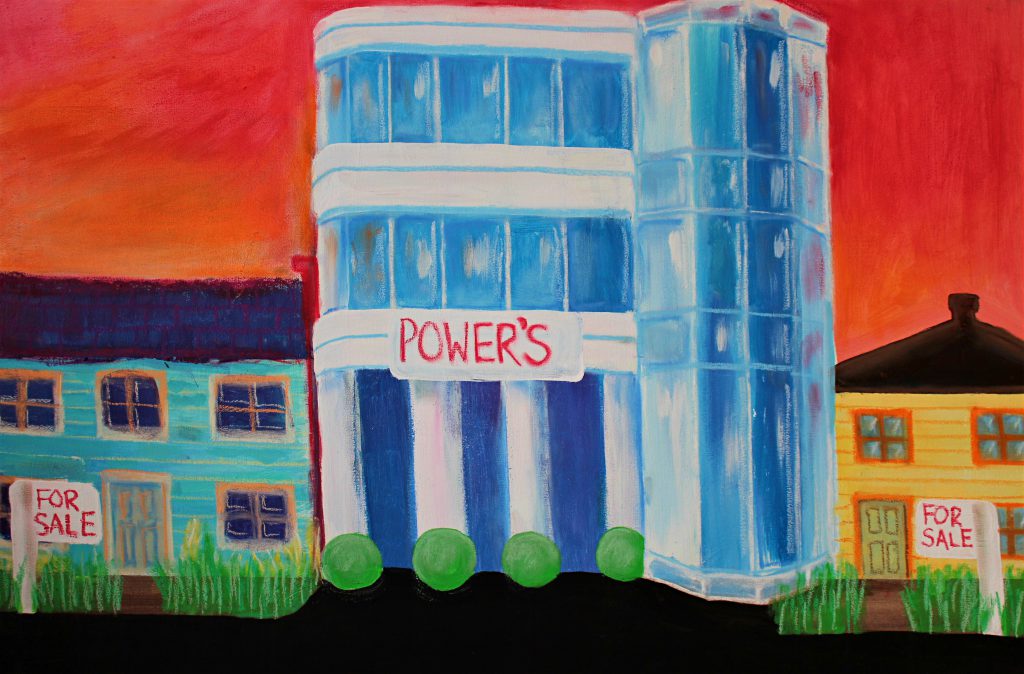 WE JUST WANTED TO OWN SOMETHING, even if it wasn’t in BC.