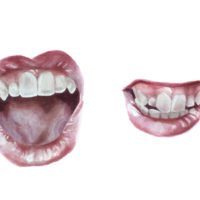 How do you deconstruct a sneeze?

"I’M TRYING TO STRETCH out a small moment, one that only takes a second, and examine that. I’m looking at subverting traditional representations of women. Basically, looking at the expected behavior and appearance, and unpacking that." 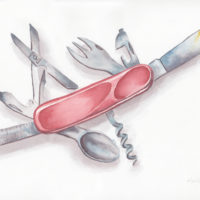 April White is an artist in St. John’s, NL who works with performance, watercolour, and animation. Her work questions societal understandings of emotion, vulnerability and control through commonly experienced involuntary... 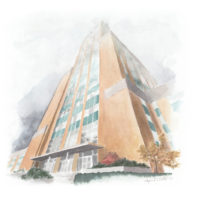 I'M NOT GOING TO TALK about the politics in art. I’ll leave that for the tragically underemployed fine arts students. I’m going to flip that upside-down and talk about the place of art in politics. Right here, in Newfoundland and Labrador. 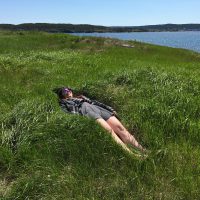 April White is an artist in St. John’s, NL who works with performance, watercolour, and animation. Her work questions societal understandings of emotion, vulnerability and control through commonly experienced involuntary actions such as yawning, waking up, sneezing, laughing, and crying. April holds a BFA in Visual Arts from Memorial University of Newfoundland and Labrador. In 2018, April travelled around Canada participating in two artist residencies at Spark Box Studio in Prince Edward County, ON and the Klondike Institute of Arts and Culture Artist Residency in Dawson City, YT. In 2017, April won the VANL-CARFAC Emerging Artist Award and received the Cox and Palmer Pivotal Point Grant. She has been part of national and international exhibitions and has shown her work extensively in Newfoundland including her 2016 solo exhibition A Day in the Life Of at The Rooms Provincial Art Gallery and 2015 solo exhibition Every day I wake up at Eastern Edge’s rOGUE Gallery. Her work can be seen at https://aprilmarylynn.com/.