It’s 5am in July on the south coast of Newfoundland, and there’s light spilling from my cousin Jim’s fishing store. His is the one with the faded colours of the old pink, white, and green flag on the door. He’s pouring over a worktable with clipboards and paper packages when I arrive, but he stops what he’s doing to welcome me in.

“One of the tubs of trawl we’re setting today used to belong to your Dad,” he says, indicating two plastic bins of baited fishing gear. Jim knows I’m sentimental for those kinds of details. I’m visiting from Ontario and he’s invited me to ride along while he does some work for the Sentinel Fishery, a program that monitors cod stocks.

We’re in Rencontre East, an isolated community that today has a population of 120. I lived here for two years as a teenager, when my dad moved home to fish cod and lobster in an open boat. By year two, the fishery had collapsed and approximately 35,000 Newfoundlanders were out of work. Dad cut his losses and moved us back to Ontario. He was lucky to sell off some of his gear to his younger cousin Jim who, improbably, had left university with a plan to fish. You might say Jim plays the long game.

Jim lowers the gear over the side of the wharf by dangling a thick rope with a hook on the end, for his partner Brian to receive. Then I’m climbing down the wharf using the rough-hewn logs that run horizontally across its base, into the Taylor Maid, a 25-foot open boat. 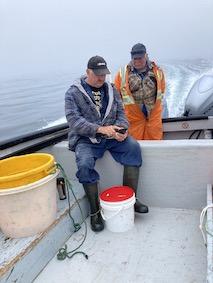 The coastline stirs a familiar pride in me, and I know this is in part why Jim invited me out today. We were both raised to believe this location held the best fish and lobster in the region, though my grandfather and Jim’s father were competitors. When they were both fishing this area, the borders of each man’s grounds were hotly disputed. There are stories of sabotage from both sides, of disagreements and threats of violence. Decades of deception and struggle and survival all wrapped up in five miles of coast on the North Atlantic.

We idle at a place on the water to set the first tub of gear, and though I know the story already, I wait for Jim to tell me again. We’re on top of a shoal, where the water is shallow, but runs half a mile deep on either side. The shoal was once a popular hiding place for cod, a secret that was closely held by my grandfather and his sons. Jim located its exact coordinates with the help of modern GPS equipment after my grandfather had retired — I’m not sure my grandfather ever forgave him.

Two hours after setting the lines, we return to haul them in. By now the sun has burned most of the fog from the water. Jim points to a bald eagle’s nest halfway up a hill. I look for the telltale white dot at the top of a tree, and then Jim lures the bird unbelievably close by throwing a choice piece of bait overboard. We watch it swoop low to take the gift.

As the fishing lines come in, some of the hooks are visibly metallic, their bait having been stolen away. Other hooks are wholly untouched, and Jim slaps the line against the side of the boat to clear them. He tosses the morsels overboard for the gulls and other scavengers to take. We bring in redfish and flounder, and a quantity of cod Jim says is respectable for the time of year.

“Now imagine doing this ten more times — in January,” Jim says. It’s a reminder that today’s work is only a snapshot of the labour that comes with a real workday on the water.

As part of his work with the Sentinel program, Jim harvests everything so it can be measured and weighed and logged. Later in the summer, the program will require more details — Jim will need to remove and submit the ear bones of each codfish so researchers can determine their age and sex.

It’s important research, but unlikely to reveal information Jim and Brian don’t already know. Three decades since the cod moratorium, cod stocks remain spotty. Maybe that’s just as well, because there’s no way to make a go of it, with prices and demand where they are.

The going rate for fresh cod in 2021 was 73 cents per pound. Fuel was over $1.50/litre, and is required four times over — to set and haul bait nets, and later to set and haul the final product. Cod fishing, it seems, is a nostalgic pursuit, a muscle memory or generational tick, its value a sentimental one. Lobster is where the real money is today— a grueling nine-week make-or-break season in early Spring.

Back on Jim’s wharf, today’s cod catch is free for anyone who wants it. Since Jim collects a fee for his time, he is not permitted to sell it. But Jim says some days he can’t give cod away. Younger generations have taken reliable work at the nearby salmon farm or in skilled trades. The work of filleting and deboning a free fish is a lost skill for many.

As a favour to me, they clean and fillet a good-sized bag that would cost a significant sum at my local supermarket. I leave them to their paperwork, these proud and watchful men, sentinels of a way of life that is at high risk — but not yet — of being forgotten.

The Sentinels Part 2 will be posted next week.

Lisa McLean is a freelance writer and communications consultant. Her short fiction has appeared in Riddle Fence, The New Quarterly and other literary journals. Her work has been longlisted for the CBC creative non-fiction prize and she is a past winner of the Writer’s Union of Canada short prose competition. She lives in Guelph, Ontario with her family. 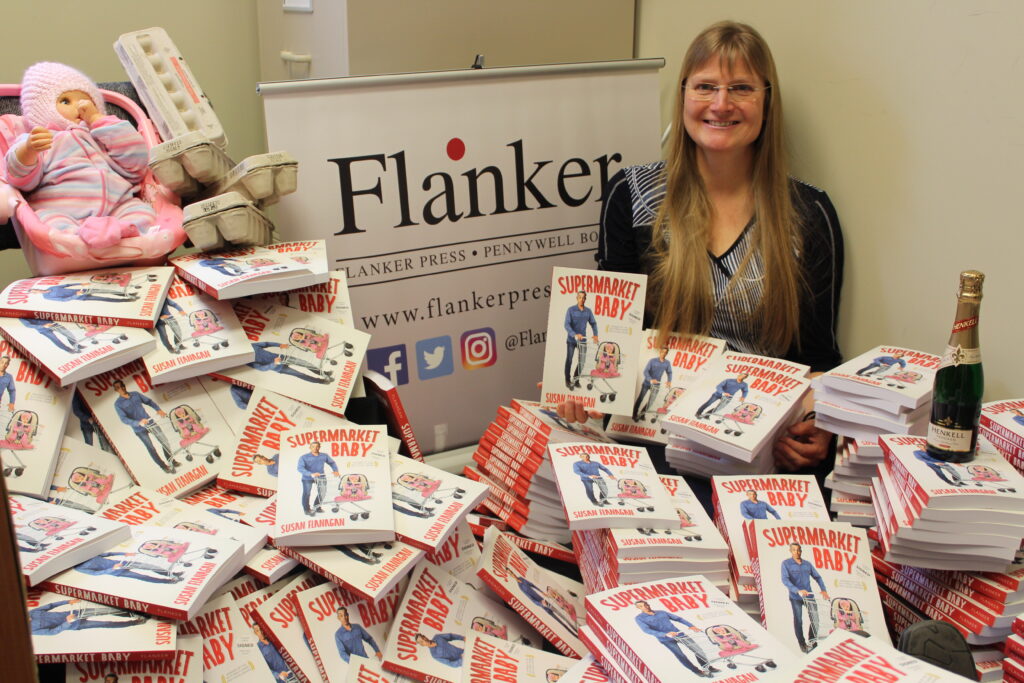 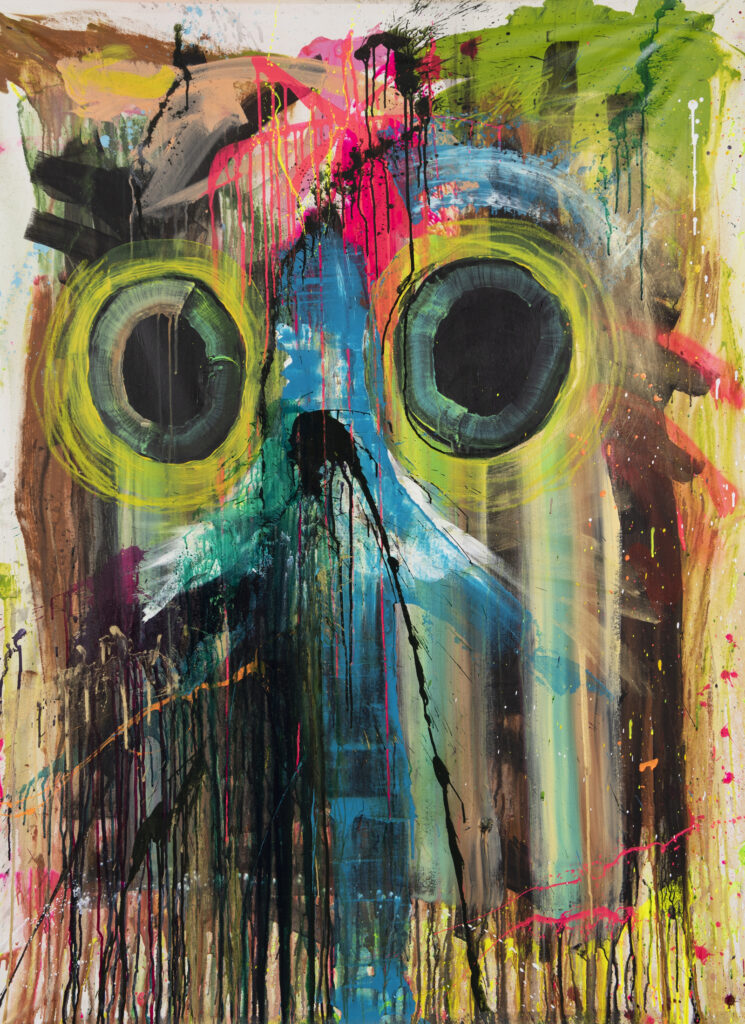 Can you tell us a little about yourself? My name is Jared, I am a painter who has exhibited my paintings both nationally and internationally in Tokyo, Paris, London, Ireland,… 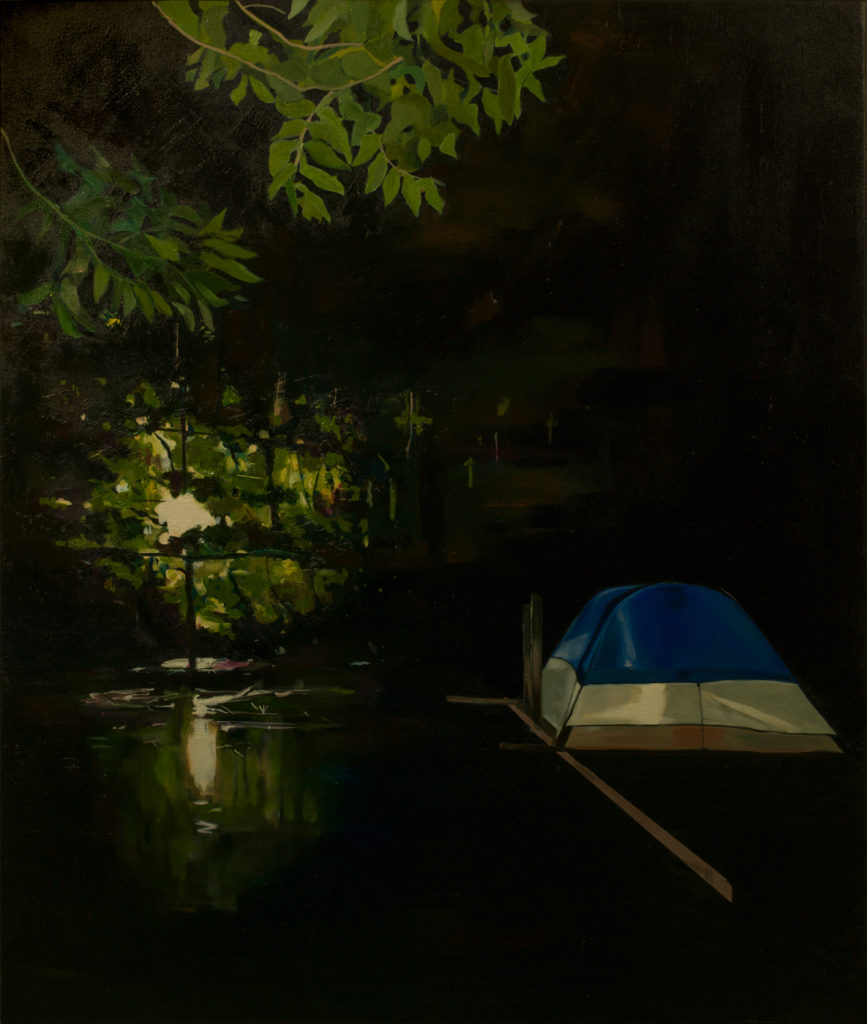 What was the inspiration behind this body of work? The idea comes from a few different places. I’ve always been a fan of night; ever since I was a little child,…