The Garbage Poems and the Transformative Joy of Pond Swimming

The Garbage Poems is a multi-disciplinary project that brings together found poetry by Anna Swanson, watercolour painting and illustration by April White, and interactive web-design by Matthew Hollett to explore the transformative power of swimming outdoors in Newfoundland.

The Garbage Poems was born during a heatwave in 2014 when award-winning poet Swanson was completing a writing residency in Flatrock. Each morning she walked to the Flatrock waterfall to swim – and collect a Sobey’s bag of litter from the edge of the popular swimming hole.

At the time Swanson was dealing with chronic illness and recovering from a head injury that caused her to take a hiatus from writing poetry. Her morning swims helped her feel connected to her body in a way she hadn’t in a long time and made it possible for her to start thinking about poetry again.

She was inspired by the language on the crushed beer cans, dish soap bottles, and cigarette packages she gathered at the waterfall. At home, she started transcribing the words printed on the litter she scavenged. Swanson explained that the exuberance of the language felt like it fit the experience of swimming at the waterfall: “The pitch of the language is hyperbolic, everything is larger than life, everything is amazing, everything is the choicest thing – I wasn’t writing about advertising and marketing but I was writing about swimming in cold water in beautiful places which is a highly energetic, charged sort of experience, so the language matched in a way.”

She built a large bank of words and began carefully collaging them into poems, allowing herself to repeat and combine words but not shorten them. With the exception of their titles, The Garbage Poems are crafted exclusively from words quoted from garbage found at popular swimming holes in Newfoundland. Swanson joked that she found herself becoming excited when she found a new type of litter because it offered a swath of new words for her poems.

She described the process of accumulating litter as “almost archaeological. I look at the garbage and I’m like, people were drinking beer, they ate a bunch of chips, someone had some cold Pop-Tarts, and they did the waterfall thing with all the bubbles. Over time, instead of experiencing it as annoying litter I experienced it as evidence of a beautiful thing that happened the night before.”

The poem “For the boys cliff-jumping by the memorial stone” feels like a celebration of the type of joyful communal ritual that Swanson describes piecing together from the refuse left behind and discovered the following morning. While it isn’t surprising that advertising vocabulary lends itself to celebration, Swanson arranges the words in a way that is consistently, satisfyingly unexpected. For example, the poem’s second person plural narrator triumphantly describes themselves as, “the sparkling under-king, the carbonated wet dream… .”

In other poems Swanson employs language from the litter to explore swimming as a blissful escape from depression. “In which skinny-dipping temporarily fixes a life” opens, “There are days when life/reduces you to crackermeal,/to boxboard. There are/bleach burns and papercuts.” Here, the reader guesses Swanson must be mining the fine print of warning labels and ingredient lists to find language that allows her to expertly convey darker, more complex emotions in spite of the constraints she has created for herself. Towards the end of the poem the speaker is revitalized by a swim, with Swanson describing the feeling of diving into the water as “This coming back clean/to the compass of yourself.” 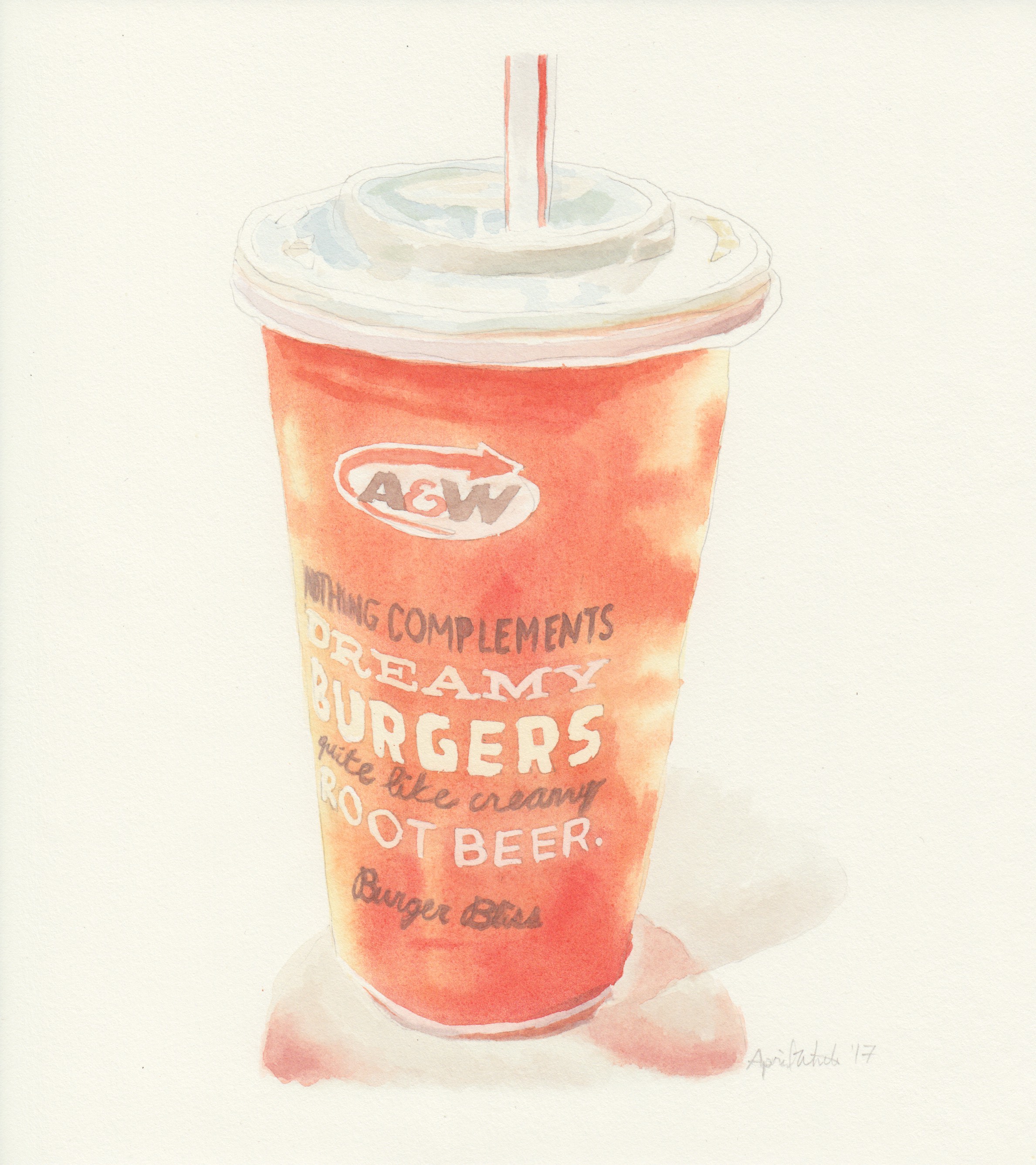 The theme of transformation runs through a number of these poems and it is also present in the watercolour paintings White created to accompany the poems. Swanson asked White if she would like to collaborate on The Garbage Poems after seeing her exhibition A Day in the Life Of at The Rooms, which included a collection of delicate watercolours of everyday moments, for example White pulling on a pair of jeans.

The images White created for The Garbage Poems depict the pieces of litter that Swanson used to write the poems. Like the work in A Day in the Life Of, these also elevate the mundane by meticulously capturing details that might otherwise go unnoticed, like the wrinkles of a crumpled Miss Vickies chip bag and the way light catches in the creases of a crunched up Blue Star can.

White is also an avid outdoor swimmer and says that for her this is one of the few things that can always be counted on to improve her mood. She wanted the paintings to capture how swimming inevitably alters her. The sense of metamorphosis in the work is twofold. First, on the surface the images are of packaging that was once full and is now empty and discarded. Second, the meaning of each piece of litter is dignified by being painstakingly rendered as a sun-dappled artefact.

White and Swanson then worked with writer, visual artist, and web designer Hollett to create an interactive website that hosts the poems and the images as well as offering a vehicle for visitors to create their own poems from the bank of words Swanson stockpiled. Swanson’s poems are published on the website’s home page and when you hover your cursor over any word, White’s illustration or painting of the very piece of litter the word came from appears alongside the poem. The images bob on the screen, making it feel as though they are floating in a gentle current.

“We can swim for such a short amount of time here, it’s so limited and so precious and so extravagantly wonderfully beautiful,” Swanson said. “I kind of thought of the poetry a bit like making jam, like taking this amazing thing with this strong incredible flavour and trying to preserve a little bit of it for my future self in the winter.”

Since discovering The Garbage Poems this November, I’ve found myself returning again and again to the website for a taste of the intense joy of diving into the Punch Bowl on a swampy summer afternoon. In the near future the collaborators are hoping to publish a physical book featuring the poems and images. They are also developing ideas for an interactive art exhibition that would deal with similar themes. As the project continues to grow and evolve it offers more and more opportunities to revisit the cathartic euphoria of summer swimming in Newfoundland. 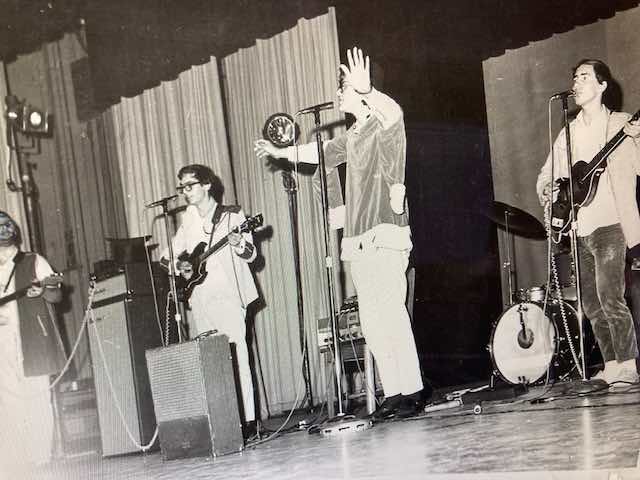 Derek Kelly was well known as a musician. He was a founding member of Figgy Duff – indeed he is credited with suggesting the name – a group formed as…

Art in the time of physical distance: Clifford George

What book(s) and author(s) are you reading right now and why? I finished a book on the life of Vincent Van Gogh and right now I am more involved with… 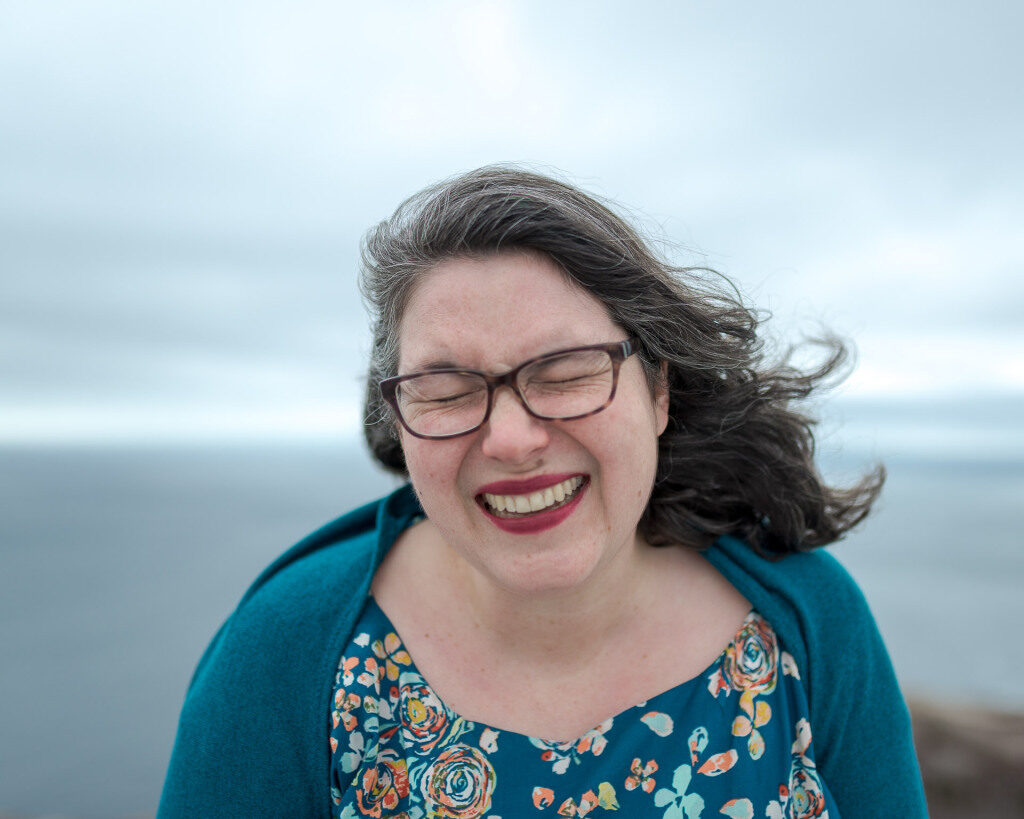