1. How do you define life writing?

What a great question! As someone who researches in the area of life writing, I understand it from two perspectives. First of all, life writing is any form of writing that reveals bits of selves and identities. So, for me, that can include published memoirs or autobiographies, but also private journals or diaries, or Facebook timelines, or even more fragmentary things, like collections of receipts, notes on scrap paper, concert tickets, data from FitBits, etc. Basically, these can all be seen as ways that we reveal ourselves (sometimes inadvertently!). But life writing is also a way of seeing; it can be a lens or method through which we interrogate documents in order to ‘see’ lives. What might it mean, for example, to see a stack of old receipts carefully arranged in a tin not as garbage to be tossed, but rather, as a story about the person who gathered them? How might we imagine obituaries as instances of life writing, or handwritten recipe cards? Or agendas and day planners? Or … ? We live bits of ourselves in all sorts of places – imagine all the possible life stories those bits might tell …

2. What role does the unknowable play in your research and writing?

I’m someone who loves working with archival materials, so telling stories from scraps is something that absolutely fascinates me. Scraps can be arranged in infinite ways, at least on the surface, and while I’m researching, I’m always experimenting and collaging, playing out possible arrangements. In the beginning, the possibilities seem endless (and this can be overwhelming) but as I do more reading and more digging, some things start to fall into place, and it becomes clear that there only a few ‘real’ arrangements, only a few reasonable choices or options available to me.

In his 2017 book The Art of Creative Research, Philip Gerard quotes the words of a poet named Emily Wilson, who discovered, in Gerard’s words, “that there are some things she will just never be able to find out.” Interestingly, this doesn’t shut down Wilson’s work. Rather, in Wilson’s words: “My poetry-manuscript-in-progress now has a trajectory, an arc of revealed information that creates a journey. The starting point of that journey was a state of unknowing, and I haven’t yet reached the ending point – because there isn’t one. The progression of my manuscript will flow from unknowing to unknowing a little less. And this is okay. The research process taught me that unknowing is not an acceptable excuse for being inactive but that active unknowing is also okay.”

Unknowability can feel like a failure; after all, the whole point of those hours of research and thinking (and dreaming … ) is to know. But perhaps there are things I was never meant to know. Perhaps some things need to remain hidden. Perhaps some silences are sacred. Perhaps transparency isn’t all it’s cracked up to be. Perhaps mysteries are there to remind us that our journeys never end. That we will continue to learn, to grow, to think, to reflect. And perhaps it’s okay not to know it all.

3. What role does speculation play in your research and writing?
Speculation is central to my work (some of my colleagues would say that it’s central to most academic research). In What the Oceans Remember, I fully embraced speculation.

The stories of my enslaved and indentured ancestors emerged only in Dutch, English, and Surinamese colonial accountings: name, age, height, mother, religion, skin colour, bodily markings, plantation name. This is unsurprising: marginalized people exist literally in the margins of the archives, they flit between the words, under the words, behind them. But those things that colonial authorities chose to capture: the cold, bare biostatistical data that remains of my ancestors’ lives, contributed to a dismembering, and, indeed, dehumanizing, of those who came before me.

Speculation – giving myself free rein in the silences between moments of archival certainty – allowed me to re-member and re-story that past differently. I don’t know which of the possible stories I conjured – if any of them at all – might be true, but ultimately, I don’t think that’s the point. Rather, the process of digging through possible pasts – that process of speculation – gave me insights not only into the lives of my ancestors, but also into the kinds of choices and decisions they may have had to make while living them. Together, they offered me a semblance of a story.

Speculation, for me, has been about asking questions; and sometimes, in that way, about leaving stories unfinished, untold; leaving threads hanging. It’s also been a way of inhabiting many different possible stories, of living in a space of magic realism – a space where both anything and nothing are possible, a space of constant questioning, a space of desire, yearning, and longings that can never quite be resolved.

4. You’re also a trained professional musician – do you still perform? What music or song do you have on repeat right now?

Unfortunately, I’m not performing actively at the moment, but I am playing at home, and sometimes I’m also teaching (I just did a masterclass for flute students at the School of Music, for example). I do want to go back to performing because I miss it (and I miss the creative energy of a music community, too). I’m currently working on developing a concert program or two to celebrate my flute’s 100th birthday in 2022 – stay tuned!

What am I listening to? I’ll start by saying that when I’m writing, I can’t have music on in the background because “music” plus “background” in combination doesn’t compute in my brain. In other words, if there’s music, it won’t be in the background … I’ll end up following it, with the result that no writing gets done. That said, a couple of things I’ve been turning toward over the past number of months include my friend Mime Yamahiro Brinkmann’s recording of the Bach cello suites (a gift from my husband), my former teacher Wilbert Hazelzet (with an old fluting friend, Brian Berryman) playing music by Louis-Antoine Dornel (also a gift from my husband), and recordings by flute-playing friends (including Chenoa Anderson, Betsy Brightbill, Chris Lee, and Roz MacPhail). Because I’m currently thinking about my (almost) 100-year-old flute, I’ve also been listening to some early flute recordings (mostly on YouTube).

5. The book is such a beautiful object in itself – did you have specific requests with the design, or was that a nice gift from your publisher?

It’s been so wonderful to work with WLU Press on this book. Right from the start, even before I submitted the manuscript for review, it was a great experience; everyone I’ve worked with has been fantastic throughout the process.

I didn’t have any specific requests in relation to the cover, except to say that I like collage, patterns, and colour. Siobhan McMenemy, the senior editor at WLU Press, suggested a layered cover that included a hint of the slave registers. I sent along a few possible images to work with, including the 19th-century watercolours that eventually made it onto the cover. The Press encouraged the inclusion of photos within the text and also suggested including maps on the inside front and back covers. Lara Minja of Lime Design put all of this together and created a truly gorgeous book, which captured so much in the design form of what I was trying to say in the text. The actual book itself – the paper, the weight, the texture, the smell – it’s all perfect. As an object, the book is magic, really. I could not possibly have asked for anything more.

What the Oceans Remember: Searching for Belonging and Home (Wilfrid Laurier University Press, $29.99) has been long-listed for the Winterset Award. 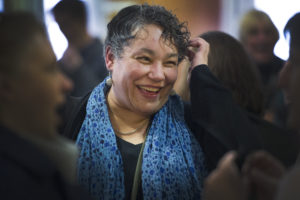 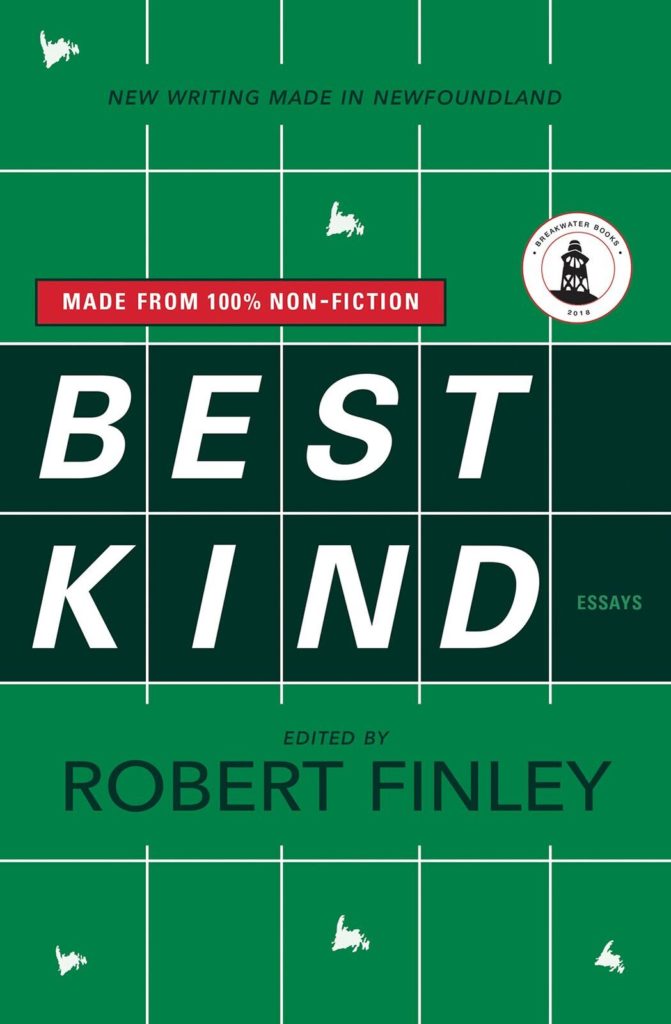