Inside my cousin Jim’s fishing store, special dates are recorded in permanent marker on white walls. The time his daughter won a prestigious scholarship, and the birth dates of his great-nieces. Details about significant storms or catches, and who was there. It’s telling, what details are important enough to mark on a wall — and also an indication of how much time Jim must spend in his shed when something noteworthy occurs.

Jim knows I’ll never pass up a chance to get out on the water, and that’s how I’ve come to be standing here at 5am on a July morning, on the last day of my vacation from Ontario. He’s invited me to join him and his hired crew member Brian while they head out for the first day of the Sentinel Fishery, a program that monitors cod stocks around Newfoundland.

Jim and Brian consult briefly on the changes to this year’s program. Before we leave, Jim ties two colours of twine — pink to signify Newfoundland and red to signify cod — to his baited lines. This complies with conservation efforts for Right Whales, an endangered species that commonly become entangled in fishing gear. Jim says he’s never seen a Right Whale in these parts, but the ocean is a big place.

“Nothing is where it used to be anymore,” he says. 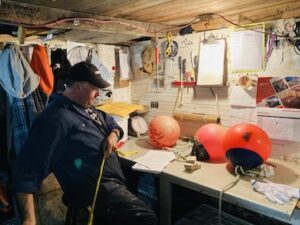 We’re in Rencontre East, an area of Fortune Bay on Newfoundland’s south coast. Every one of our ancestors, mine and Jim’s and Brian’s, fished cod and lobster in these waters. Since the cod stocks collapsed in 1991, Jim and Brian are two of seven commercial fishers left in the community.

“Gone are the days of hopping into your dad’s boat after being at the all-grade school,” Jim says. Today the only path to owning a fishing enterprise, which in Jim’s case includes licenses for ground fish and lobster, a 25-foot open boat and associated equipment, is through formal schooling in subjects such as navigation, fish handling, and equipment repair.

On the water, Jim shows me an app on his iPhone that provides nautical charts in real-time. He has access to more modern equipment and data than his father had before him. But it’s increasingly important to put his trust in less tangible tools: the grapevine, for example. And his gut.

Everything is changing on the water.

Jim gets shy when I ask him questions about climate change because he says he doesn’t know much about it. But a ten-minute conversation tells me he’s more connected to the issue than anyone I know.

For starters, the water is noticeably warmer than it used to be. Jim’s contacts at a nearby fish farm say temperatures are up another two degrees Celsius. Lobsters are more active when the water is warm, and Jim says the nine-week lobster season last spring was a lucrative one. But lobsters are also traveling west.

Jim has heard in recent years that fishers in communities such as Ramea and Burgeo and Francois have been tripling the catch of what Jim and his counterparts are harvesting. In those communities years ago, lobsters used to be rare.

He’s seeing sea life that never used to be here too. Hooded seals have never been so prevalent, and tuna, typically found in more southern waters, have been spotted more frequently. And populations of seabirds like sterns and seagulls are noticeably lower.

Even bait is changing its route. Historically, April through June would yield an abundance of herring to stock local fishers in bait for the season. But in 2021, the herring was scarce. Jim caught the bulk of his bait the previous January, when Minke whales were spotted from his wharf.

“They were eating something, so we thought it was worth checking out,” Jim says. “Everything is on the move. Bait fish and birds follow the current, and fish and whales follow them.”

As for the cod stocks, of the 16 lines of gear Jim and Brian haul in, their catch amounts to roughly two half-bins of cod, flounder, and redfish. One wolf fish — another endangered species — was returned overboard. For early July, it’s an okay amount. But Jim says he’s heard in some regions, Sentinel fishers now have limits on how much they’re allowed to harvest, because the cod populations there are so bountiful.

Back on Jim’s wharf, the men get to work on reporting. They will weigh and measure each codfish and report their findings in their paperwork. Jim has a well-thumbed document on his worktable that has been underlined and circled in key parts so he can be sure he follows all directions.

When the data is collated and reported in the monthly newsletter, he’ll look it over. But Jim doesn’t need to see the official numbers to confirm what he already knows. The ocean is a big, changing place, and in his part of it, the cod populations have not rebounded like anybody hoped. Jim doesn’t expect any big hauls of cod in his immediate future. But if he gets one, he’ll be sure to write about it on the walls of his store.

Lisa McLean is a freelance writer and communications consultant. Her short fiction has appeared in Riddle Fence, The New Quarterly and other literary journals. Her work has been longlisted for the CBC creative non-fiction prize and she is a past winner of the Writer’s Union of Canada short prose competition. She lives in Guelph, Ontario, with her family. 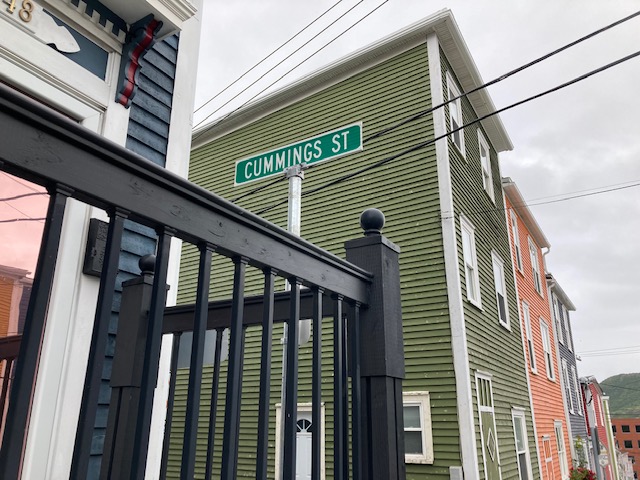 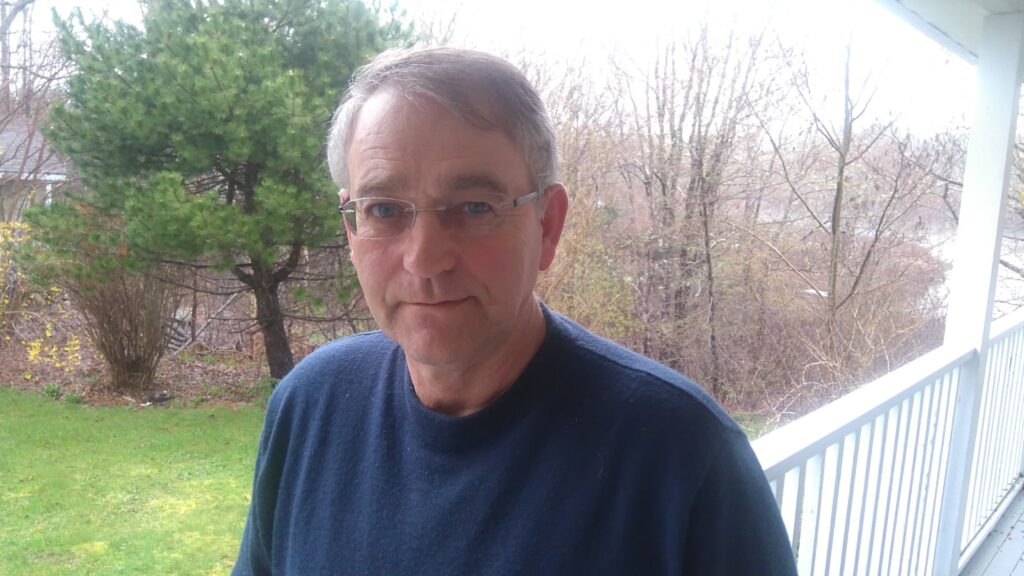 Leo Furey: The US Secret Service isn’t too keen on people knowing the subject

Why set The Good Thief in this time period? I am fascinated by the 1960s.  It was a decade of great social upheaval. People think of the 1960s as sex,…