Stolen Sisters is a one-actor, site-specific play. Deantha Edmunds simply enters through the rung of chairs circled around the Heart Garden on Government House grounds,  and turns and presents in the round, walking the Garden’s circle. The words are delivered directly to the audience – occasionally sung – the text straightforward and expository. There’s no artifice that she isn’t talking to us.
Throughout the 75 minutes or so running time she becomes Oubee, a child kidnapped in July, 1791, and sold to the Stone family of Trinity; Shanawdithit, who in 1828 shared her words and drawings with Sir William Cormack and his Beothuk Institute; and Santu Toney, born in 1850 and interviewed by American anthropologist Frank Speck, who published in 1922 that Santu’s father, Joe Kop, was Beothuk. 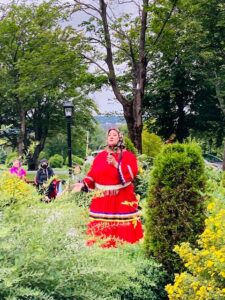 The scene changes are indicated by taking up simple props – a straw doll, a skull, and a head kerchief. Edmunds’ costume of a red skirt and long-sleeved top with fringed white belt and bands of blue, white, orange, black and yellow doesn’t change.
As Oubee she greets the audience and asks who they are. “Your people named you well.” She shares how she ended up in servitude to the Stones, a situation she was expected to be grateful for. “Gratitude is making beds.” When the Stones returned to England they took her and another servant, Jack, from the West Indies, with them. “There as many people in England as there are trees at home.” There are also some gifts and special treats to be found there – but as well homesickness and the disease that will kill her. “Jack was the first to get sick.”
As Shanawdithit, Edmunds is now a young woman, in some liminal space, asking “Do you happen to know where here is?” Shanawdithit left a trace of historical record, though not, she emphasizes, a portrait – that was actually of her cousin, Demasduit, called Mary March, and simply copied to represent her, renamed Nancy April. She recounts a fairly benign, even affectionate co-existence with Cormack, but her feelings towards him changed after he returned to Scotland, bearing, she learned, the stolen skulls of Desmaduit and her husband. “How do you forgive someone for something like that?” Even more haunting this a violation she knows she will share.
Then, Edmunds shifts into an old woman, Santu, and promises “I will tell you the truth as I know it.” Her life was often difficult, especially in the Catholic school system. “Everyone had a scar. And everyone knew someone who didn’t come home.” But she was loved by her aunties, and carried her own resilience. “And so I followed my joy trail.”
Edmunds has presence and sets an open-handed, welcoming tone, even as she processes some rough material. And the topic is both historically significant and the stuff of contemporary dueling headlines, considering the entangled debate on possible Indigenous bloodlines, lineages, and cultures.
Stolen Sisters is at least the fourth one-woman show Persistence has presented, either an original script of a remount. It’s a forum and format that can really allow a performer to shine.
It’s also worth noting that other plays have been produced in the vicinity – NL’s Lieutenant-Governor Judy Foote is committed to opening up the Government House grounds (which belong to the public) with yoga classes and public sculpture and outdoor theatricals. While the Heart Garden is particularly apt for this show there are other spaces, with the occasional sprinkling shower or siren or barking dog in the background. 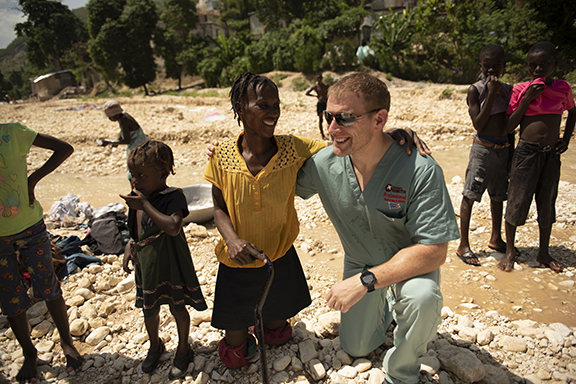 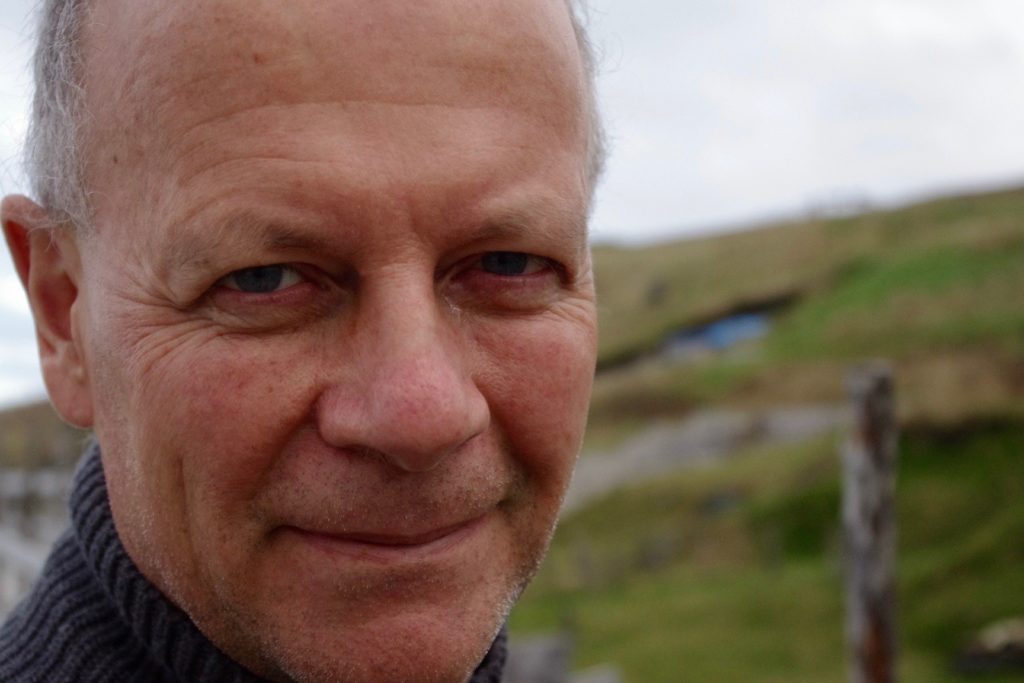 Q and A with Robert Finley

Tell me about the upcoming publication. Aptly titled, Best Kind collects twelve pieces out of the creative non-fiction workshops we run in MUN’s creative writing programs. Some of the authors… 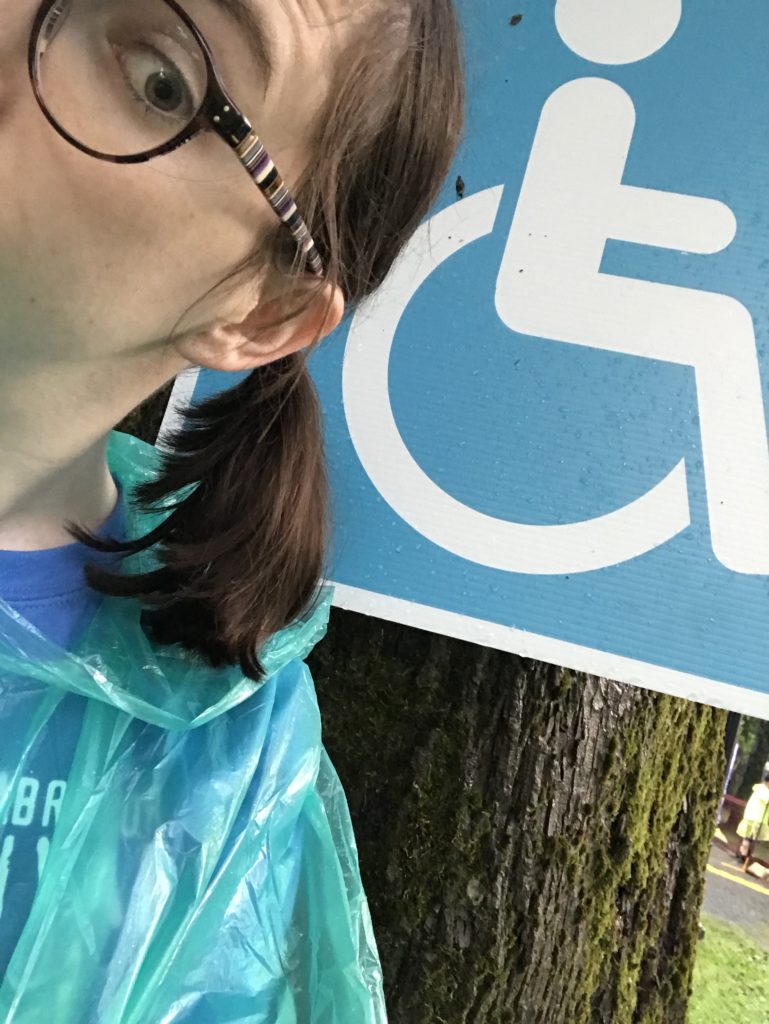 Folkin’ Wonderful: My First Time Volunteering At the Newfoundland and Labrador Folk Festival

“Oh, for the love of God and all that is holy, please stop raining before my volunteer shift starts,” I groan, looking out the window. A rainstorm going into the…