I’m originally from Northern Ontario and spent a good deal of time with my Nana Bea, (who was French Canadian). My dad was born in Finland and moved here with his family when he was a child so Finnish culture was also a big part of my upbringing. My Mumu and Papa lived in Canada for 25 years in a Finnish community and never really learned to speak English and eventually moved back to Finland in their final years. I also taught English as a second language in the Czech Republic for three years, and I think that those experiences with different languages, and with people learning English really made me love to play with words, the rhythms of things, and how sometimes something that is just a little bit wrong is actually perfect. I’ve been in Newfoundland for almost 20 years, and I’ve been a working artist for my whole adult life. I don’t know what I would do if I didn’t make art and paint. I’m stepmother to two amazing boys, and married to my partner Ailsa, who is an academic. Sometimes I think we are a funny match, but it works. We spend our time between St John’s and Upper Island Cove and we have a double doodle named Bea (after my Nana) two cats (Nibbler and Foof) and one minnow. I mean, there is only one minnow left. We used to have three, and we never found any bodies, so he might not be the friendliest minnow—but I suppose we are all just doing the best we can each day.

Where did this story come from?

I’ve always loved cozy things, sleepytime things – cuddly blankets and stuffed animals and things that belong to bedtime and nighttime. I had a very difficult time at bedtime when I was little. I was quite afraid of the dark, and I had an army of stuffed animals I would pile up on top of me in a certain order and I’d tell them stories and talk to them. And of course, they all had names. I would reassure them that everything would be okay but I was really reassuring my little self. And then I had a jokester Grandpa who would tell me to get to sleep because the monsters in my closet and under my bed were waiting to come out! So, I think this is the sort of story I would have like to have read when I was little. Also, the book is dedicated to Rose who was one of my goats that I used to have. The moon king character is loosely based on Rose. For a goat, she was really uncoordinated and not at all nimble—as goats should be, and she used to trip over things all the time. So, when the Moon King trips on the night, that is definitely something Rose would have done had she been the guardian of the moon.

What are the special challenges of writing for children?

I guess there are? Like with any writing you have to think about your audience – and I don’t have any set things I do, there is no set of rules that I keep in mind or that I have learned somewhere – I just think of what I would like to hear, and what I would like to read, if I were the person reading. So, I suppose that is the biggest challenge—to put yourself in the place of being read to when you are the person writing it. I don’t know … it’s hard to answer a question like that, I find. You know, I don’t think I’ve ever wondered about what Robert Munsch thought about when he wrote The Paper Bag Princess, I just know that she said Prince Ronald was a bum, and that’s terrific. So maybe that’s it. I think I’m writing to me – to myself when I was little, and about the things that would comfort me, or make me laugh.

What artists, not limited to visual artists, inspire you?

I know you said not just visual artists but I have to start with Marc Chagall – I’ve always loved his work – the colours and his use of animals, the stories that are in all he paints. I love Shel Silverstein’s simplicity and magic in his line drawings and poems – how he can write in ways that are so tender – ways that talk to kids and don’t talk down to them. And I love Kate Rusby – who is a fabulous folksinger. And Barry Manilow. I’m a Fanilow, like really, I was a registered member. He writes the songs that make the whole world sing.

For children’s books, most recently I love I Want My Hat Back [by Jon Klassen], and after I first read it, I bought a copy of it for just about everyone I knew for Christmas. The bear in it is just so mad – I mean, he just wants his hat, and that darn rabbit is so smug, and it’s a little bit dark, and the bear looks great in his tiny red hat at the end of the book.  As a child I read Bridge to Terabithia [by Katherine Paterson] over and over again – that had a huge influence on me, it’s about the power of friendship and loss and grieving – about finding your way through the pain and sadness in the world and that we don’t need to hide it. Bad things are often hidden from kids, and I found it comforting, in a way, to see painful things portrayed in a way that felt true.  As an adult, I think one of my favourite books is All the Light We Cannot See [by Anthony Doerr]– he paints with his words, paints the story in your mind. It is so beautifully written – not just about how strong the story is, it is how he writes it. That book is a painting. I wouldn’t be so self-aggrandizing as to say it influenced me – that kind of work is just beyond – but it is inspiring. 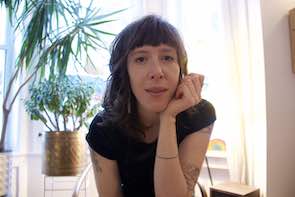 Congratulations on winning the 2021 BMO Winterset Award! First, and most importantly, at the Winterset readings you said you were watching Star Trek when you learned you’d been longlisted for… 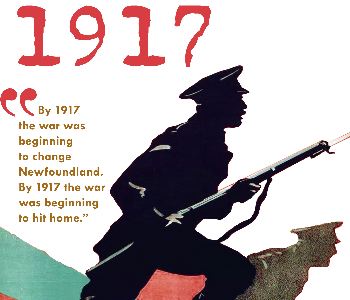 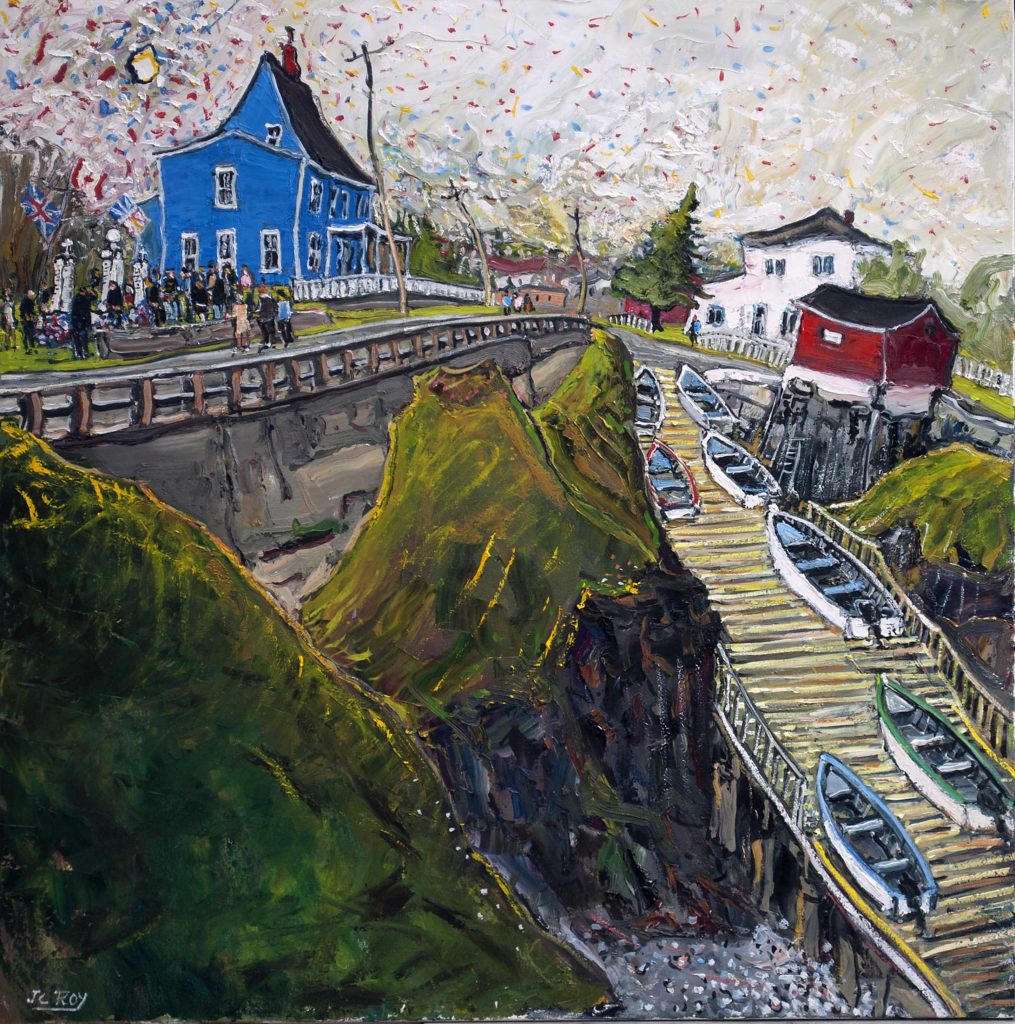 Our Fall Issue is Now On Stands!

Fall is here and so is a new print issue of Newfoundland Quarterly. The first thing you’ll notice is the beautiful painting on the cover. It’s a Jean Claude Roy…