I moved to Twillingate with my husband in November of 2012, to take a job as an Occupational therapist. It was a dark and blustery time of year to move to rural Newfoundland and felt especially so, because neither of us knew a soul.

I grew up in Hamilton, ON, and got my MSc in Occupational Therapy from Dalhousie University in Halifax, NS. After graduating my best friend and I took jobs in St John’s, and she brought me to a wedding in Twillingate – where I met my husband, a charming Gander-ite then living in Toronto. When he was accepted to law school in England, we jumped the pond together. I got a job as an OT working for the National Health Service and in my free time would sketch and knit. I didn’t consider myself a skilled knitter, and certainly not an artist, but I did enjoy the meditative nature they provided.

When my husband graduated, we relocated to Central NL. We settled on Twillingate because an OT position was available and he could write his Canadian equivalency exams via distance and then commute to Gander to complete his articling.

The adjustment from life in England to Twillingate was harder than expected. It was as if time slowed and I felt a bit lost without the buzz of a city. Reading Random Passage by Bernice Morgan, though, helped me turn things around mentally. I realized how fortunate I was to have moved from England to outport Newfoundland in modern times, and was subsequently grateful for my wind-proof housing and the Internet as a link to the world. In retrospect, this link was pivotal as it introduced me to the blossoming world of Yarn Bombing.

Yarn bombing, the act spinning yarn into street art, was invented in Texas by Magda Sayeg in 2005. She was a yarn shop owner whose first work was a door handle cozy. This spurred outdoor wraps which attracted wider attention that then mushroomed into a worldwide movement and brought her international acclaim. When I started paying attention, in 2014, the art form was really blowing up, and included some Canadian players. Jessica Vellenga and her team, Yarnbomb Yukon, were yarn bombing airplanes and mammoth statues, and Leanne Prain and Mandy Moore wrote Yarnbombing: The Art of Crochet and Knit Graffiti. International Yarn Bombing Day was founded by Joann Matvichuk on June 11, 2011, and continues as an annual, global celebration.

Yarn bombing was ephemeral and involved a familiar technique. It felt very accessible, and also walked the perfect line (for me) between harmless and mischievous. Inspired by Prain and Moore’s practical guide, the projects with purpose highlighted by Betsy Greer in Craftivism, and the immense diversity of potential materials (paper, yarn, tape, moss, light, clay) showcased by Riikka Kuittinen in Street Craft, I realized that I had everything I needed in Twillingate – and that if I waited for an invitation to get involved, it would never come.

At first, I was very nervous. I worked anonymously, installing only at night and constantly expecting someone to tell me to stop. Looking back, the reception was always warm, even encouraging, though it felt very tentative. Now I can see the various crumbs on the path – a friend in Twillingate set up a blog and then handed me the ‘keys’, photos of my first three-dimensional yarn bomb (the Deadly Pipe Sucker) were published in The Telegram, and local media helped me promote a community craft + activism event.

Old Manolis and the Sea, was a ‘craftvism’ campaign that I organized to help raise awareness of the local environmental threat posed by The Manolis L (a 30-year-old sunken ship with 150,000 litres of oil in its hold). Twenty-nine women came together to knit starfish and do yoga with me: I then installed all the pieces on Twillingate’s main tickle bridge as a reminder of the fragility of the ocean ecosystem. In 2015, as part of that same campaign, I yarn bombed Signal Hill with the colourful, knitted starfish, and left. A few weeks later they arrived back on my doorstep. An officer had removed my work (on account of it being unofficially installed on a national historic site), found my tag, which lead to my blog, and mailed it back to me. There was no ticket, or scolding, just a subtle encouragement to move along, but also keep going!

Fogo Island Inn had begun hosting artist residencies, and I imagined that I was doing my own street-art residency in Twillingate. I started looking at high-traffic, public spaces in town with new eyes: fences, telephone poles, boarded windows, even potholes were suddenly artistic opportunities. I took on a few guiding tenets: the world is my gallery; art should be accessible; the work promotes happier and healthier communities.

These have held true for me over the years, allowing me to explore a variety of temporary street art styles, without the need for external approval – no invitations or applications, no selection committees, no waiting on approval, all just for fun. I followed my own creative interest and embroidered fences, wheat-pasted rock walls, and spray-painted stencils and doilies, but my love has always been for yarn bombing. I even brought this on a 13-month backpack through South East Asia in 2016. My husband and I visited Thailand, Cambodia, Laos, Vietnam, and Malaysia, and I made public knitted art for each one.

(To be continued … Part 2 will be posted next week.) 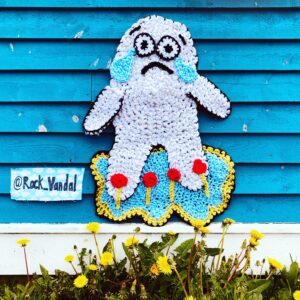 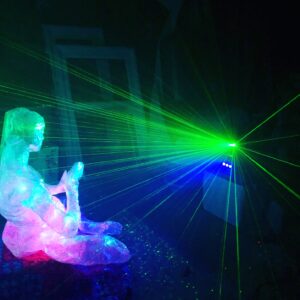 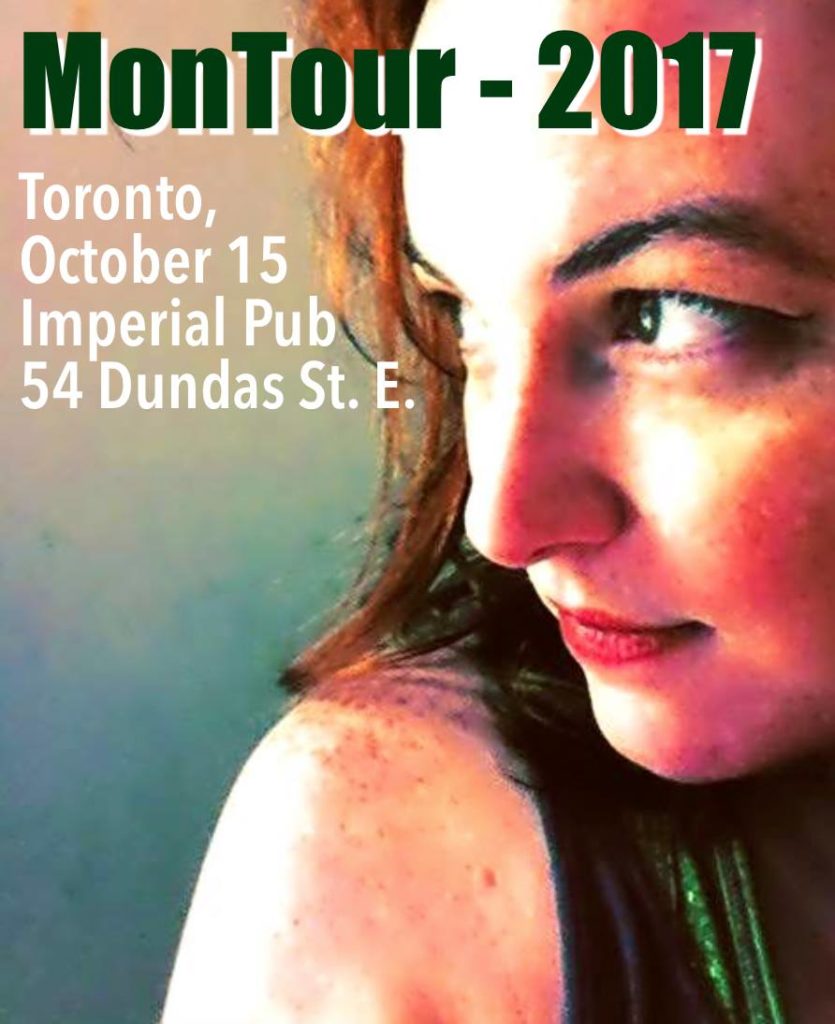 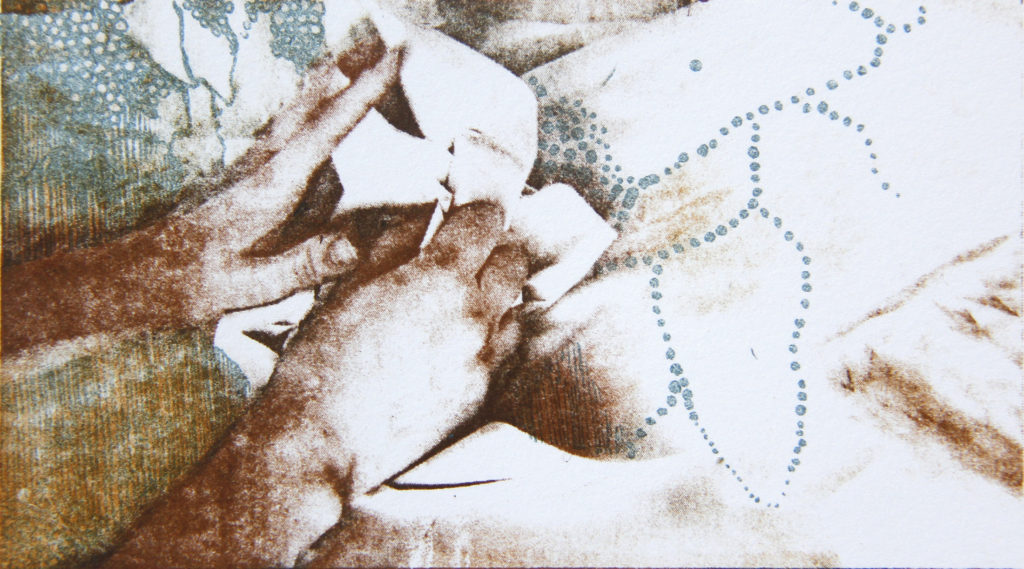 Shining dully from the coffers of the soul Leaning hard against the heart. Mute testimony. Memories from the moulds of yesterday. A silent, siren call Glimpses of sacred…