Dan of the Galapagos, A Script in Seven Parts (1 of 7)

NQonline.ca is pleased to share new work by St. John’s playwright, Monica Walsh. We’ll be publishing Dan of the Galapagos in its entirety over the course of the next several months. Enjoy!

(There are some flashback scenes set in Ropewalk Lane, St John’s)

Narrator: This is a tale of Dan White, and his life on the Galapagos Islands. Dan is 36. He is a good guy! A little foolish, sometimes his friends find him irritating. But at the same time, they love him. He lives on Stamps Lane in St John’s, NL, and is often giving unwanted and unwarranted and unsolicited advice to others, like when they are out working on their houses and cars.

Dan: I makes everyone listen to ZZ Top, AC/DC, and Creedence Clearwater Revival.

Narrator: Dan worked for years as a janitor –

Narrator: – at the local university. He worked in one of the dining halls and got along with everyone there – everyone loved Dan –

Dan: – even if sometimes they wished I’d shut up.

Narrator: He slipped one day on a banana peel –

Dan: – off on worker’s comp, ever since.

Narrator: On Sundays, he leads a walking tour he calls Rocks of Downtown S. John’s. He charges a dollar for the tour. Dan is happy-go lucky. He occasionally dates women –

Dan: – but nothing serious. No kids. I mean, I LIKES kids, but sure half the time I can’t look after myself. HAHAHAHA. But like, I never met anyone I was with long enough to even talk about kids with … and like, I only got a small place. No room for kids.

Narrator: Dan reacts well to stress. Born and raised in St John’s, Dan is what some would refer to as a real townie who loves his city. So much so that when he settles into the Galapagos Islands, he calls his village Little St John’s. Dan enjoys drinking at Dooly’s –

Dan: – nothing too serious, and I loves DARTS! I likes the occasional draw of weed, nothing more serious. Never.

Narrator: He had never left the Island of Newfoundland before travelling to the Galapagos Islands, except for a trip to Toronto to see a cousin. He often compares the Galapagos to Terra Nova National Park. He is good with people, very chatty. He will talk to anyone about anything.

Narrator: Dan will exclaim loudly about things, but nothing really gets him down. He often says –

Narrator: – and often will work his way into the action –

Narrator: – and puts his foot in his mouth, so to speak. He leads a stress-free life. Dan likes to drink instant coffee –

Dan: – with cookies dipped into it, with the blue cream ONLY – that’s the best.

Dan: I’m not really into nudie bars, but I’ll go with my buddies for a stag or something. I was best man at my friend Arnold’s wedding. They got married at S Theresa’s church and had their reception at the K of C. I did the toast and had a few too many. I got a bit loaded. I’m still living that down, don’t even know what I said.

Narrator: Dan has one sister, Joann. She lives in Mount Pearl, is younger, and has two kids. Dan is good to his niece and nephew. Dan ends up on the Galapagos Islands because of an incident with a cousin.

Narrator: And is now –

Dan: – hiding out from DA WORLD. 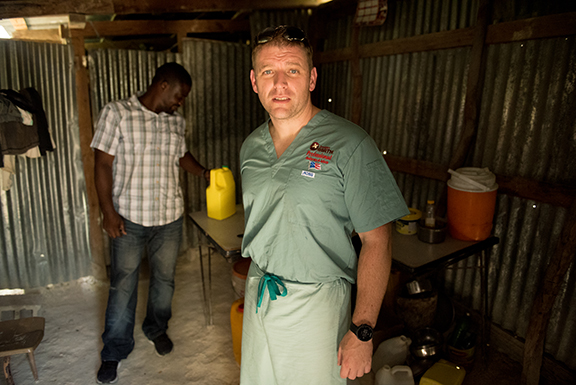 The first of a three-part interview with Dr. Andrew Furey, NL Premier and author of Hope in the Balance, which tells the story of Team Broken Earth, NL’s first foray… 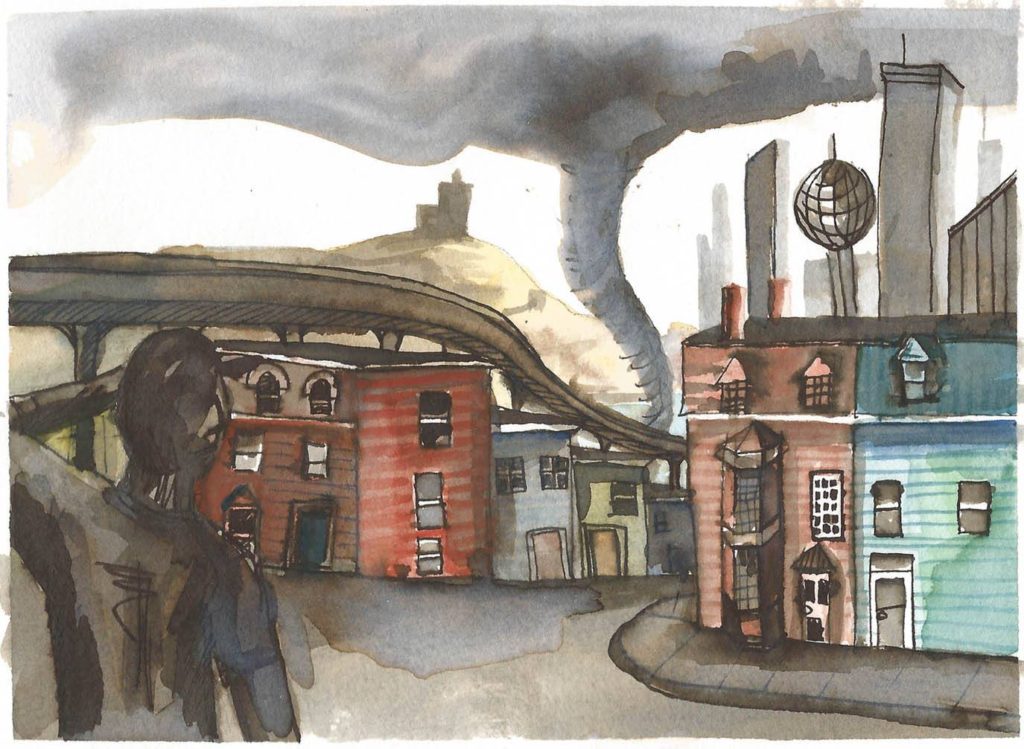