I’d like to walk through Talking With Canadians with you a little bit. It’s a lot of fun to read. You’re an interesting person and you’ve done so many interesting things.

I didn’t really know that until I started writing the book. I’m not much of a reflective guy, and a big part of my life has been go-go-gadget-go; I’ve always been part of TV shows and when you’re doing those shows, especially the kind that I did where you tape on a Friday, then it’s on air on the Tuesday, but you’re already back on the road doing the next thing, it’s always about doing what’s next. It’s never about looking back at what you’ve done. So I was surprised as well, that the stories came as easily as they did, and there were so many of them.

How did you write about your childhood? Obviously you weren’t taking notes back then – did you talk to your family, and build a memory together?

No … Memory is a funny thing. There are just certain things you remember. I don’t think I remember anything from Grade Four, but I do remember distinctly gluing my hand to my forehead to get Timmy Green to laugh. I remember everything about it. [And] Sheila’s Brush [theatre company, who toured schools with their production of Jack Meets the Cat] is seared in my memory; of course I didn’t know it was Sheila’s Brush, I didn’t know who Andy Jones was, but that was probably the highlight of my primary school.

What about the story about clandestinely chopping down your neighbours’ tree, did you have a bit of hesitation about putting that in there?

I did. My brother certainly did, he said what are you doing putting that in there? Because of course we swore to take it to our graves. And I said, well, I thought it was a good Christmas story, and as far as the story goes it has this great twist of an end where the neighbours actually show up in [our] house. I was only reticent to include it because as the book was about to come out I had to call [the Greens] and confess that it was me that cut down the tree.

Well, they didn’t say whether they did or not. Three days ago I dropped a book off to them, and they were very happy to see me, of course I’ve know them forever, they were my best friend’s parents … my guess is they’re never going to let me know whether they knew or not.

In high school you co-founded Corey and Wade’s Playhouse, and then relatively quickly were writing and performing your own plays. There must be some shift in your work ethic to go from a troupe to a one-person show; how did you make that jump, and landed so sure-footedly with it?

Of course Gerald [Lunz] had a very big part in that because he was the director [of Show Me the Button I’ll Push It, or Charles Lynch Must Die] and he really illustrated to me how tight the show had to be. He knew that it was one of my shortcomings was tending to go long. He did direct the second show [I’ve Killed Before, I’ll Kill Again], but then he didn’t continue directing. But it was another level of, I don’t know if the word was professionalism, but he was interested in just going to the next level, and I hadn’t done that.

Even the rehearsal process much have been different. Were you rehearsing that much with Corey and Wade?

No. I mean we rehearsed, but not like I rehearsed Button. There was a schedule, the day would start with two line readings back to back. We would run the show twice, this was before I even got on my feet, and the day would end would that as well.

And then you go to TV with This Hour Has 22 Minutes, and again you don’t get to take a breath with that kind of production schedule.

It was very much the job. Like with 22 Minutes I knew exactly what the job entailed. There was also an incredible amount of competition amongst us all [Maru Walsh, Cathy Jones, and Greg Thomey]. And I was happy to have the job. So I looked at everything through the lens of what can we do with this on television, absolutely. And then you had to look at a lot of things to find what you could put on television. It was all encompassing but I was happy to have the job.

I appreciated how careful you were to contextualize everything. You set the table really clearly, you show what’s at stake, you bring us right in. From the Meech Lake Accord to MacDonald Junior High – where they still apparently teach in pods by the way –

– to Canadian Alliance leader Stockwell Day, the way you brought us into that part of the book it was very inviting and informative. And I also thought, you say a couple of times in the book that you don’t get angry, but I think you do get angry, because you noticed the CA platform policy about petitions, which nobody else had picked up on, and what it meant. And how you dealt with it, you didn’t go off on a big tirade, but made it into a big successful joke.

When I say I don’t get angry of course I get angry, something makes me angry all the time. But my blood pressure doesn’t skyrocket and I don’t punch the wall. I have always had this other outlet. I had these other creative options, including launching that petition. Which started this kind of activist audience participation thing that I carried into The Mercer Report. That’s a real privilege when you have that platform. To say well what’s to stop someone from getting 350,000 signatures and he has to change his name? And to have the resources to make it happen, how cool is that?

Part 2 of NQ’s interview with Mercer will be posted next week.

Talking to Canadians is available from PenguinRandomhouse ($32.95) 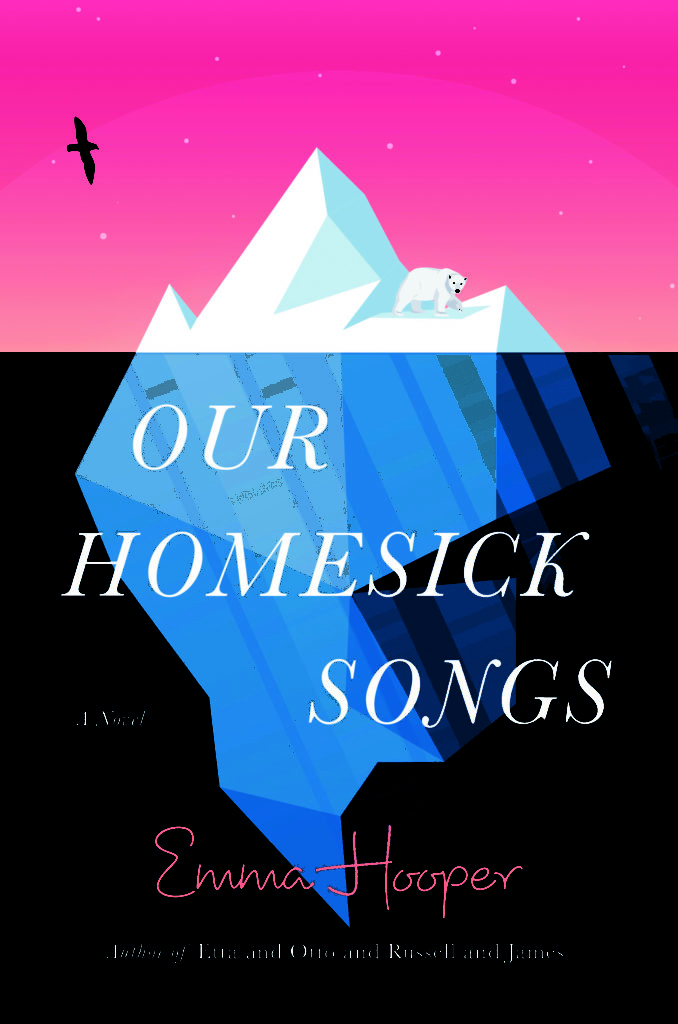 I do see the beauty in Emma Hooper’s Our Homesick Songs, I do. But I have been hearing these sad old tunes my whole life and I am just about ready to throw the accordion into the ocean. 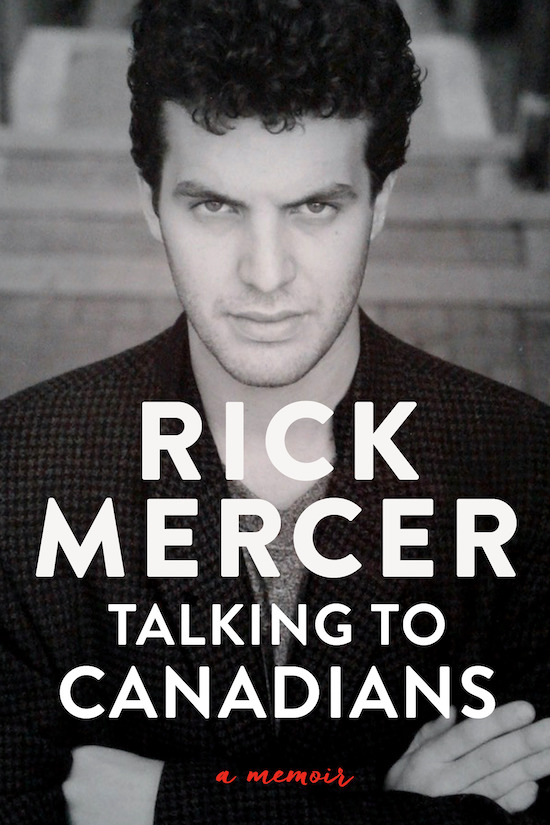 I’d like to walk through Talking With Canadians with you a little bit. It’s a lot of fun to read. You’re an interesting person and you’ve done so many interesting… 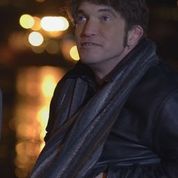