Renée Hackett: Be honest about what brings you joy

Can you tell us a little about yourself?
I am an actor, writer, and producer from St Bernard’s, Newfoundland. I moved home from Toronto, after more than 20 years, a few years ago, and have been working in the industry here ever since. It was a big move for me and I’m super happy I did it! I am the luckiest mama to the scruffiest, grumpiest and most magical little Brussels Griffon named George Michael. Someday, when I’m not moving around as much, I plan to get him a brother named Conway Twitty. Their names should tell you everything you ever really need to know about me.

Can you tell us a little about this project? How did you conceive it? How did you bring it along
What Odds is a short form TV series (6 X 10-minute episodes) for Bell Fibe TV. I like to call it a cringe comedy. You know, the kind of show that makes you go NO! to the television when you watch the lead make the wrong decision, the one that’s not the best for them. It’s very influenced by the life I’ve lived, with some fiction thrown in for good measure. A bit of autofiction, we’ll say. I wanted to write what I knew. I just had to figure out how to do that. I was eager to tell a story, through a sensitive comedy, about what it feels like to be a middle-aged woman who falls headlong into an existential crisis and vows to become what she’s always wanted to be. It follows Betty, an unfulfilled middle-aged actress and her desperate efforts to prove she’s not a failure. I remember the first time I watched Fleabag, I was completely fixated by this character and this way of storytelling. I did a deep dive into Phoebe Waller-Bridge (she’s brilliant) and was so inspired by the fact that she had a theatre background, that the show was based on a play, and that she wrote it and created it for herself. Mind you, she was 30 when she did it, but I figured, frig it, so can I. At the time I was really craving some agency in my career and so I started the slow process of figuring out what I really wanted to say and the kind of show I wanted to make. I’m super thankful to Arts NL and The NLFDC for believing in this project from the beginning. They have been instrumental in helping me get to this point with it. Through funding and support I have been able to have a virtual writer’s room with Steve Cochrane, Ruth Lawrence, and Santiago Guzmán, write the pilot and pitch package with mentorship, and shoot the proof of concept, directed by friend and mentor Lesley Grant. And now I get to make it with Bell Fibe TV! It’s been a huge, and often terrifying, learning curve, and I’m grateful for every single bit of it,

What talents did you bring from your skill set as an actress to your roles here, and was there anything you had to learn from the ground up? Who influenced and inspired you, and what was the best advice you were given?
I started the process of creating this show because I wanted to play the lead in something that meant a lot to me. Something that had my voice behind it. I will be playing the main character, so I’ll bring my 30 years of acting experience to it. All the rest of it I had to learn from the ground up. I’ve done a bunch of online writing courses, writing workshops through the PEI Screenwriting Program, the NSI Producer’s Program, mentorships through WIFT-AT, reading all the books, soliciting notes/advice from friends in the business, seeking out work with people I admire and am inspired by, and applying for grants to find my story and voice. My dear friend and company partner, Ruth Lawrence, has been a constant source of inspiration. I’m so excited that we are not only producing What Odds together, but we get to act together in it. Super fun!
I would have to say that the biggest influence on me has been Steve Cochrane. He believed in me and saw my potential in the film and TV world before I could see it. Five years ago, I was terrified to show him the script for my film Some Saturdays, and he not only believed in it, he wanted to direct it. That faith in me, without a doubt, changed the trajectory of my career. We work very well together, and he has been a collaborator of mine on numerous occasions since then. He has taught me so much about finding my voice and celebrating the uniqueness of my point of view, giving me advice and notes along the way with the constant attitude that what I want to say, and how I want to say it, is the most important factor. I am elated that he has come on board to direct the first season of What Odds. I feel like I am in very capable and conscientious hands. He has a sensitivity to this story and my path that is very welcomed at this point of my journey. It’s very exciting.
The best advice I’ve ever been given was not given to me personally, but it was something Jordan Canning said at the 2018 St John’s International Women’s Film Festival. She simply said: Stay in your own lane. It took me a long time to stop comparing myself to others and comparing my success to theirs. The sooner I got over that and did my own thing, remembering that everyone’s path is different, and everyone has different goals, different opportunities, different wants, I was the better for it. It took a while to finally get that. I heard it in 2018 but it took a little longer to actually get it. But I think I finally have! It’s incredibly freeing. Remembering that, on a day when I feel unsure, when confidence is lacking or non-existent, helps remind me of all the joy that storytelling and performing brings to me.
And my dear friend and constant champion, Dana Puddicombe, likes to remind me that it’s ok that a scared 22-year-old girl went off on her own all those years ago because she wanted a remarkable life. Because she was a dreamer. I have taken solace in that a lot along the way. And I’m sure I always will.

What’s your production cycle? When and where can we start viewing your this?
I am writing the episodes and doing some very initial prep at the moment … reaching out to crew, scheduling, touching on locations, sorting out funding. That sort of stuff. I’ll really dive into prep in the fall. We’ll go to camera in December and shoot for 10 days. After we shoot, we’ll get to editing in the new year and then it will be out on Bell Fibe TV next year.

What advice would you give someone trying to accomplish a similar goal?
The main advice I would give to someone would be to take it easy on yourself and be honest about what you love to do and what brings you joy. For a long time, I think I was trying to have a career that I didn’t really want. A career I thought I should have. And surround yourself with people who really believe in you and your potential, who know what you are capable of and who really want to see you thrive. Solicit advice from people you admire! Often times people are very happy to share their experience with you. 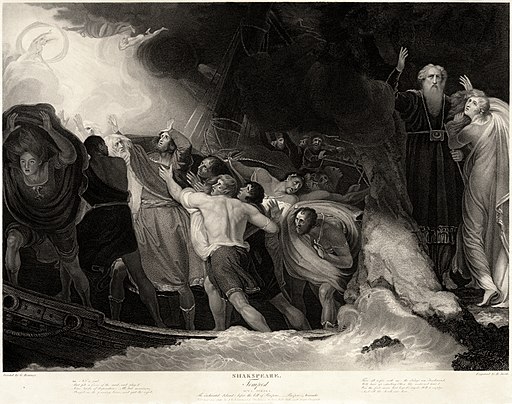 “Shakespeare might well have called our island ‘one built by Nature for herself / Against infection and the hand of war’,” by Paul Rowe

Newfoundland and Labrador is a place of the sea. To paraphrase Keats: Its eternal whisperings have been heard for eons against our desolate shores. Even when the cod stocks were…