Darren Ivany: Heave Yourself Against The Limitations

I am an award-winning (if you rolled your eyes reading it, know that I rolled my eyes writing it) writer, actor, director, and dramaturge from Seal Cove. As a writer, I just try to tell good stories about interesting people. Normally my work centres around the underclass in the province, usually dark tragicomedies about people desperate for a way out of untenable situations. Hard tickets in hard spots, wha? However, I’m just as keen on writing for all ages, like The Kraken, which combines Newfoundland and Icelandic folklore. 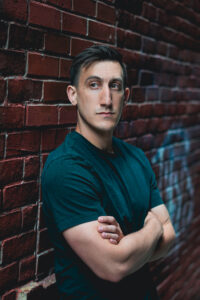 Can you tell us a little about the play, and what the genesis of the script was?

The Kraken tells the story of the precocious Beverly Rose, and her best buddy Ba the Sheep who live in a quaint little village called Pickled Capelin Cove. When a fearsome beast from beneath the waves lays siege, it is up to Beverly to save the town and everything she holds dear.
The script was conceived as a combination of Newfoundland and Icelandic folklore. I imagined: what if a monster like the kraken followed Leif Erikson to L’Anse Aux Meadows way back when, but the beast never left? Imagine if it attacked some quaint little town and some brave girl had to save her village. I love any world folklore, and I’ve always been fascinated with the strange and tenuous connections Newfoundland has to the rest of the world. I like stories about those quirky links, and it all kind of emerged from there.
The play also acts as a sequel to The Brass Button Man, another shadow puppet play I helped write, and some of the fun characters from that piece inspired the tone and humour of this one.

How do you write for puppets?

“How do you write for puppets?” That is a great question and if anyone reading this knows the answer, please send me an email. I would be very glad to know.
It is hard. No doubt about it. Especially shadow puppetry, as it is such a visual medium, and my writing tends to be dialogue heavy. I’m very keen on accents and the rhythm of good conversation, both of which puppets are not particularly keen on. What puppets and I do seem to agree on is humour. Puppets love being funny. Puppets love magic, puppets love the impossible, the grotesque and the uncanny. I found that once the horror elements were introduced to the story, like the kraken itself, the world I was writing felt much more alive and compelling. It’s also amazing the empathy an audience can feel towards these puppets. Ba the Sheep is a great example. Barely says a word (actually, one word: “ba”), but the emotional investment from the audience for that adorable little troublemaker always makes me smile.
So, Fundamentals aside (good storytelling, good characters, etc) the best moments arise when I’ve asked myself: What can a puppet do in this scene that an actor can’t? It’s normally something very silly. Embrace those opportunities, heave yourself against the limitations, and, maybe, something special emerges. 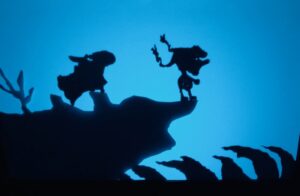 You studied with Jamie Skidmore, right? Is this the first time you’ve worked with him?

I have been a thorn in Jamie Skidmore’s side for many years now. I studied under him at MUN  and from there we developed a working relationship beginning with a lovely little show he wrote called Song of the Mermaid, which toured across the Island.
He doesn’t get enough credit, so I’ll say it here: Jamie Skidmore is a gift to the city of St John’s. He’s a transplant from the mainland (though he hates when you point that out), but he loves Newfoundland more than anyone I know. Ever since his arrival, he has dedicated himself to supporting and improving the artistic community. He’s done gorgeous work as a designer and as a theatre creator in his own right, but perhaps most kind of all are the opportunities he provides to those hungry for a professional career in the arts.
Skidmore does a beautiful, beautiful job directing and designing The Kraken and I’d say the adorably weird puppets and the magic he infuses them with is worth the price of admission alone. This production is his vision come to life, and (this next bit will really annoy him), quite possibly, his magnum opus.

What’s next for you?

I am lucky enough to have another production at the LSPU Hall from May 19th – 22nd, 2022. The show, Home in Three Plays: Cashin Avenue, Cookstown, and Bowring Park is a drastically different endeavour and features three short plays I’ve written over the past five years, all presented as an evening of theatre for your viewing pleasure. These are all darkly funny, gritty, punch-in-the-gut type scripts that centre around the intersection of poverty and the justice system. They’re raw, they’re resonant, and they’re ready to tear the face off the LSPU Hall come May. We’ve got some of the best actors in town performing these plays, including Marie Jones, Michael Smith, and Allison Kelly. Also, I’m in them.
After that, it’ll be my first full length production, Fort Townshend’s Hollow, which tells the true(ish) story of the very last duel that ever happened in Newfoundland/Canada in 1873, which took place where The Rooms is now. The story is a wild one, almost unbelievable in how farcical it all was. I’ve combined it with some of the weirdest history and political turmoil that was happening at the time to show a slice of townie history that I think is worth checking out.
And after that?? Well, try to stay alive. Keep writing. Participate in the human experience and all that. And hopefully do another interview with Newfoundland Quarterly someday.

The Kraken and The Brass Button Man open at the LSPU Hall on March 5th. 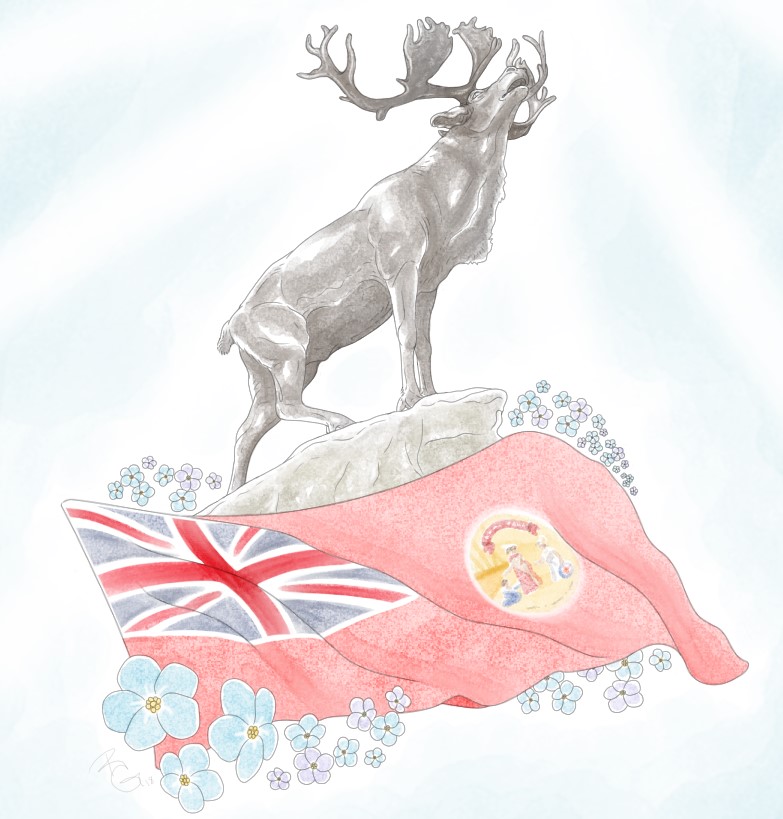