I tell this story in my introduction of The Heart’s Obsession. I wanted to be a pop singer until one day, when I was 13, I sang for my Uncle Brian, my mother’s brother. “Tonia,” he said, “you have a pure voice meant for classical and opera music.” Brian was an opera lover and was incredibly passionate about introducing me to this world of opera that I originally wanted nothing to do with. The singer that won me over was his favourite, Maria Callas. Before long, I found myself taking classical voice lessons and learning new languages. He frequently took me to see operas at the Canadian Opera Company and played records and CDs from his extensive collection while commenting on their emotions and technical strengths. Opera is predominantly sung in Italian, German, and French, sometimes English. Subtitles will help if you are in a theatre; however, if you are listening to a concert or a recording, the singer’s voice is the key to unlocking the emotion to the listener. Much of Brian’s work with me was developing this ability to show the emotion of a piece without verbal translation. One day [he said something] I will never forget: “Once you experience a tragedy in your life, you will hear the tears in your voice.” I had no idea his comment was foreshadowing something that would mark my life and my voice forever. This story has a bittersweet ending that you’ll have to wait for the book to read.

What’s it like to train as an opera singer?

Challenging, thrilling, thought provoking, torturous, heart wrenching, empowering, tedious and rewarding. It’s never as easy as just ‘sing as if no one is listening’ because someone is ALWAYS listening. If we aren’t being picked apart or assessed by auditioners, judges, voice teachers, coaches, colleagues, competition, and our audiences, then we are under the scrutiny of our own inner voice. We train in techniques and sing repertoire that was written centuries ago by genius minds and has been passed down from generation to generation, coming with specific rules and expectations both technically and dramatically. It’s an incredibly psychological process and art form. To sing is to be human. Opera singers are master multitaskers having to present a seamless and heavenly acoustic experience to our audiences all while maintaining intense breath support, resonance of sound, completing vocal acrobatic-like phrases, achieving those impeccable high ‘money’ notes, singing a variety of languages, and portraying complex characters. It’s an art of allowing, acceptance, and perseverance. As long as we are still singing, we will be students of this spectacular art form. There are always new things to learn about our voice, both our physical and our ‘inner’ voice.

How did you first hear about Georgina Stirling? And now you’re working on a book and an album about her – obviously you feel a strong connection to her. Why do you think that is?

The legacy of Georgina Stirling has had such a huge impact on me personally and professionally that I now view my life in two distinct sections, life before Georgina Stirling and life after Georgina Stirling. In 1993, my grandparents, Calvin and Goldie Evans, [gave] me a copy of Amy Louise Peyton’s Nightingale of the North. At the time I was completely enthralled with the Greek opera singer Maria Callas; I did the classic ‘judge a book by its cover’– the simple brown cover just didn’t speak to me, so I put it on my bookshelf. Years later, I was drawn to pick [it] up and to my surprise I discovered that most of the repertoire I had been singing throughout my career was almost identical to Georgina’s. I read the book in a day and immediately started to formulate a concert program that outlined her life, from beginning to end, with the specific song choices and order. I then started to call churches across Newfoundland to book concert dates during a family vacation home that summer (2017). After reading about Georgina’s incredible international and local achievements I felt passionately that more Newfoundlanders and Canadians needed to know Georgina as I was getting to know her. A singer’s collection of repertoire speaks a great deal to who they are. Hers spoke to me about the type of woman she was and the life experience she bore. Before long, people were coming to me and my grandfather with stories, family files, photos, and even newly-found handwritten letters. This was when we decided that Georgina’s definitive biography needed to be shared with the world.  As a singer and performer I can intimately relate to her on many levels. I’ve felt an irresistibly strong pull from Georgina herself, if I may be so bold, to help her tell her story to new audiences. 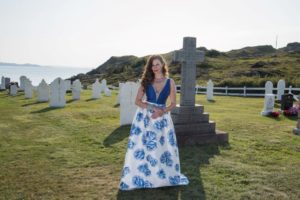 Tonia Evans Cianciulli
at the gravestone of
Georgina Stirling

People don’t usually associate “opera” with “Newfoundland music” – but should they? Opera does have a fair bit of history with us.

Newfoundland’s opera history started on an international level with Georgina Stirling. This fact alone is cause for celebration and gratitude. She was a female trailblazer during a time when women and children busied themselves with household chores and duties common to growing up in a fishing outport. [But] Newfoundland’s [record of opera dates] as far back as 1818 with the The Opera of Duenna in St John’s. A surge of concerts and dramatic plays had begun with a purpose to raise money after the devastating fires of 1817/1818. Since Newfoundland was Great Britain’s oldest colony, it is not surprising that dramatic performances that were put on at the New Amateur Theatre, established in 1822, were of an advanced quality in keeping with those of the United Kingdom. Miss Clara Fisher of London, England, performed in St John’s as the lead in HMS Pinafore in 1879 which really established a presence of opera in Newfoundland. Miss Fisher loved Newfoundland so much that she decided to call it home and started to work with Charles Hutton. Hutton was a classical colleague of Georgina’s, an accomplished musician, composer, and teacher. Hutton had studied in England around 1900 for a few years and mainly performed locally in St John’s, specializing in Gilbert and Sullivan, and directing many musicals and operettas. He also co-founded the Choral and Orchestral Society in St John’s. [More recently], Dean Burry is a well-known Newfoundland opera composer and librettist, Canada’s most successful, and has recently attracted much attention to our province with his new opera Shanawdithit about the last living member of the Beothuk people. Opera on the Avalon [was established in 2009]. Newfoundland has produced several fine opera singers in recent years, both female and male, and the story continues. 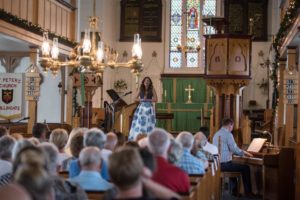 What are your next projects and goals?

As we make the final edits to our book, I am in the recording studio on a daily basis recording two significant albums. One is Georgina’s repertoire, The Heart’s Obsession, and the other is of Ron Hynes songs that really speak to my heart, and is appropriately titled Beckon Me Home. Both of these treasured tribute albums involve a variety of talented Newfoundland musicians and are being represented by Newfoundland record label Citadel House. Before coming to Newfoundland this summer, I’ll be performing some operatic favorites at Toronto’s Casa Loma, an actual castle in the middle of the city, with the Toronto Concert Orchestra, so I continue to train with my voice teachers and coaches to stay in shape vocally. I homeschool my two children so being a concert singer allows me more flexibility while getting to perform my favorite music with artists I respect.  A bit further out on the horizon will be an opera on the life and legacy of Georgina Stirling. This is a long-term project and one that will take a considerable amount of time, money and the right team. I’m also working with my friend Deborah Bourden in Twillingate, owner of the Anchor Inn and Georgie’s Restaurant, to commission the right sculptor and raise private funds/grants to erect a life-size statue of Georgina by the ocean in her hometown.

Soprano Tonia Evans Cianciulli was born February 4, 1976, in St John’s. She has toured her concert program, Nightingale Sings, across the province of Newfoundland, Toronto, Ottawa, Miami, and beyond. In 2018 she was awarded a Canada Council for the Arts grant for this significant and historical work. Among many other initiatives she founded Wish Opera/Arts in 2010, a non-profit organization and community of supportive artists, in collaboration with Maestro Kerry Stratton of the Toronto Concert Orchestra. She has produced multiple fully-staged theatrical productions, concerts, and niche events that feature Canadian opera singers and artists. She encourages you to look for hearts in your everyday life. You can post pictures of them on Instagram and hashtag them #TheHeartsObsession 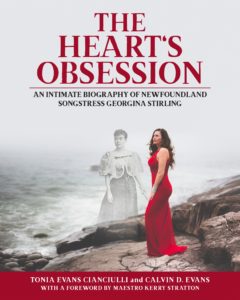 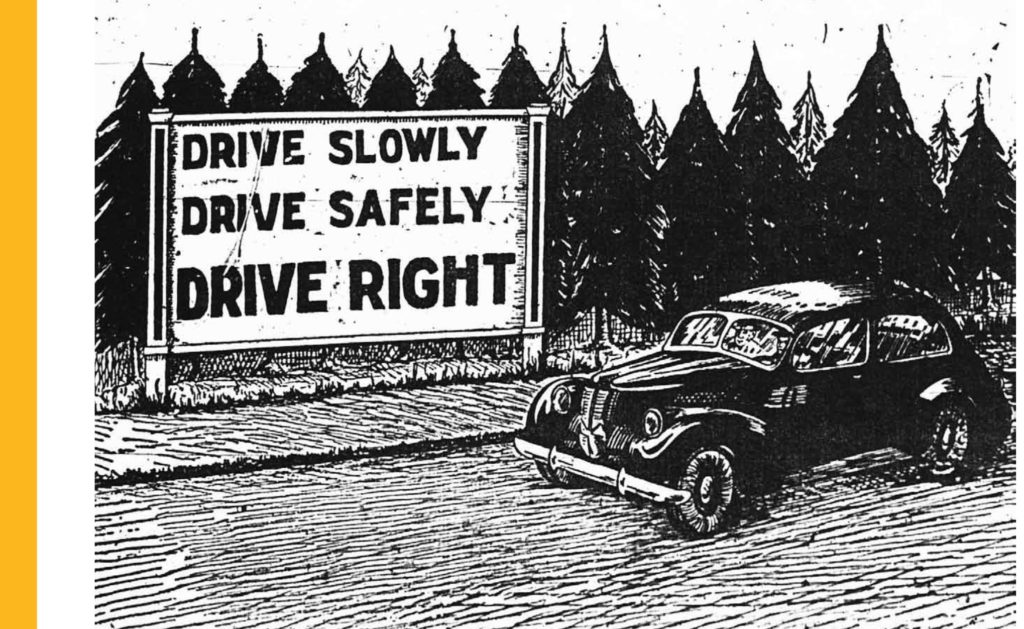 WHERE WERE THE “series of cannonading accidents that would overflow hospitals, and maim or kill the majority of the city’s young and old, man and womanhood …” that had been predicted? 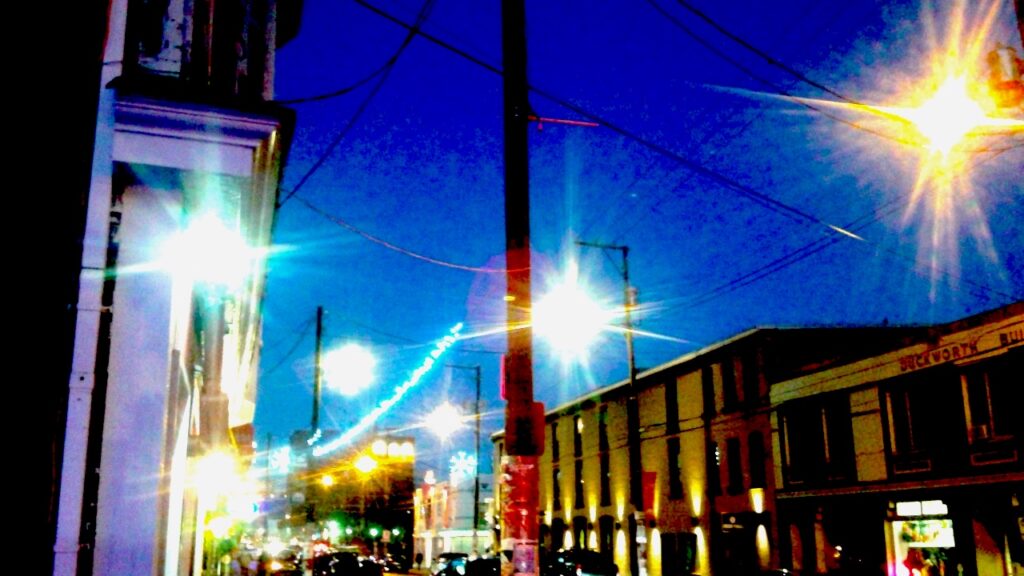 All the Joys of the Season!

Meet you back here in January. Our first conversation in 2021 will be with musician Alan Doyle, who tells us of his new collection of stories: “It sort of became… 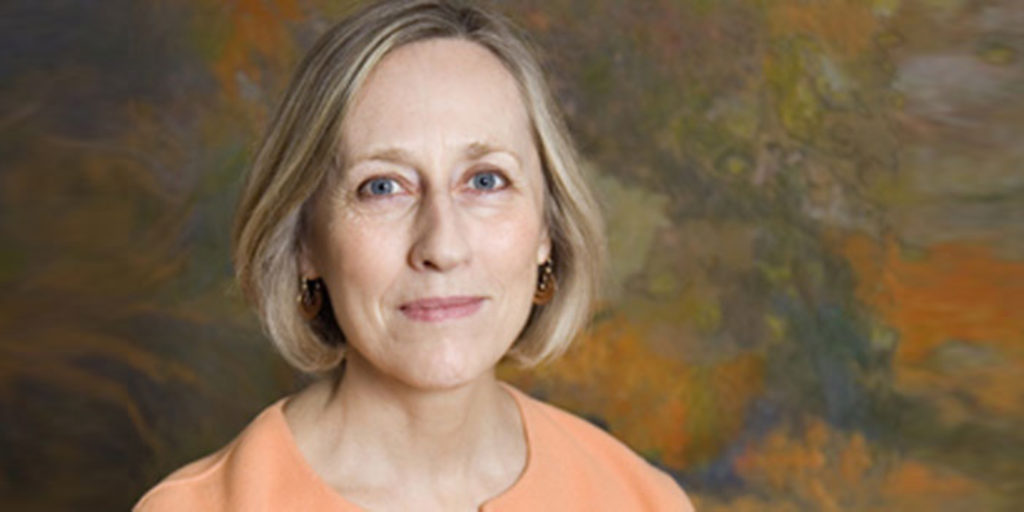 Q and A (Woody Point Edition) with Elizabeth Hay

Elizabeth Hay is a novelist and short-story writer whose works has been nominated for the Governor- General’s Award and the Giller Prize; she lives in Ottawa. The Writers at Woody…