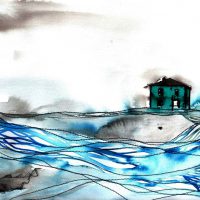 ST. JOHN'S IS A BULL-MINDED TAURUS. I’m a Gemini who needs to take in every view. You can leave Newfoundland and Labrador, but it will never leave you. Believe me, I’ve tried. 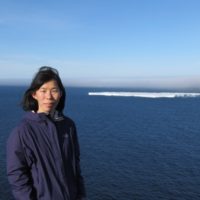 I was born and raised in Japan and have lived in British Columbia and Nova Scotia, and moved to St. John’s, Newfoundland in summer 2010. After working as an Early Childhood Care Educator for over ten years, I decided to follow my interest in crafts. I realized how much I love to create something with my own hands that can express an appreciation for my own culture. My design draws on a mix of Japanese cultural elements and elements from the cultures and places I have encountered living in Canada. I currently have a studio space in the Quidi Vidi Village Plantation, a craft centre.